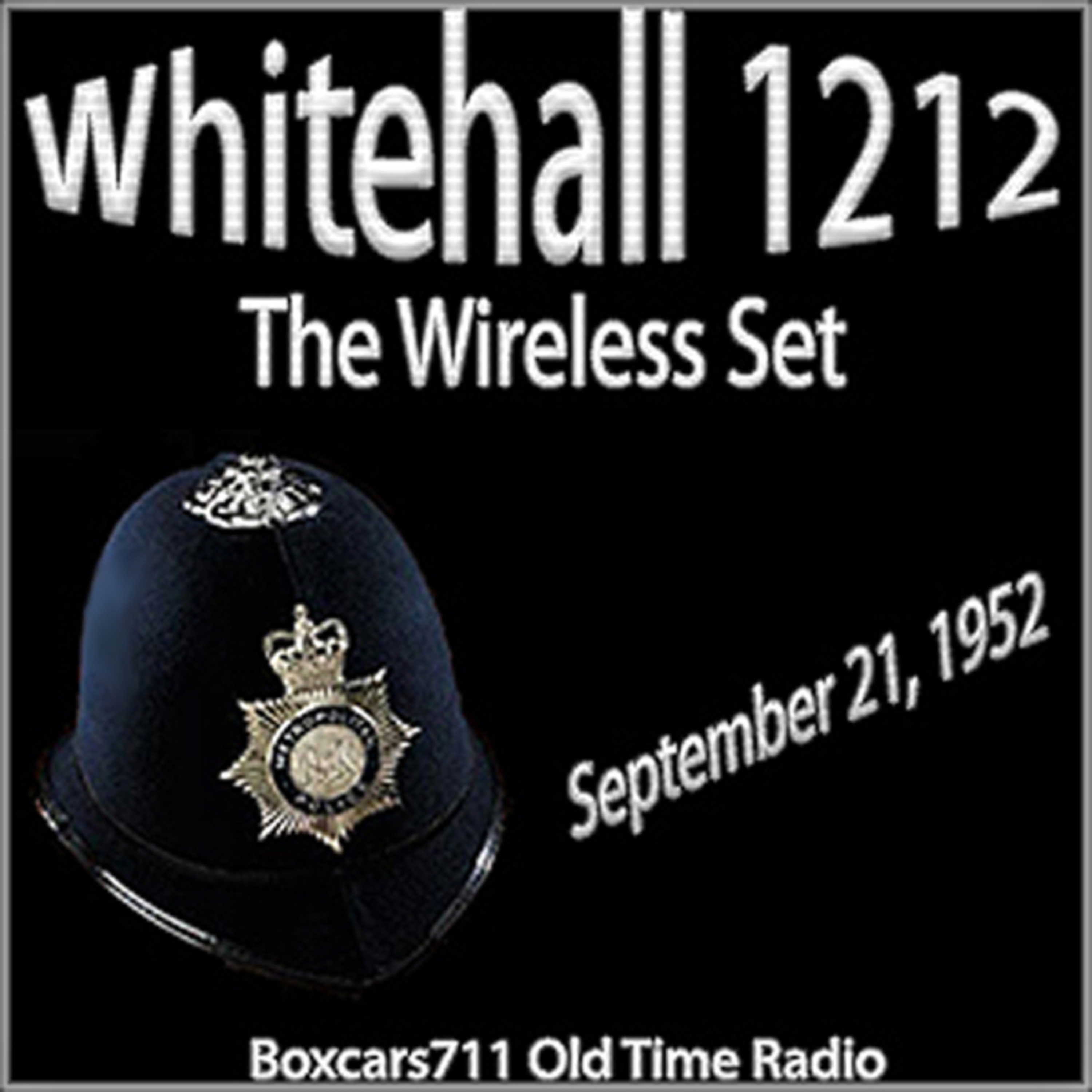 The Wireless Set (Aired September 21, 1952)
This series was very similar to the Black Museum that was hosted by Orson Welles. Both the Black Museum and Whitehall 1212 drew their material from the files of Scotland Yard. The stories were true in every respect except that the names were changed to protect the innocent, as they say. The Whitehall 1212 series boasted that for the first time Scotland Yard opened its files and the producers promised to bring to the public authentic true stories of some of the most celebrated cases. Permission for these records came from Sir Harold Scott, Commissioner of the yard at that time. There is actually a Black Museum. This area is located on the lower ground floor of Scotland Yard and it does indeed contain articles that are closely associated with the solving of a crime. And "Whitehall 1212" was the actual emergency phone number for the yard at the time.
THIS EPISODE:
September 21, 1952. NBC network. Sustaining. A "Wireless Set" that was never intended to be operative is in the "Black Museum" because of its involvement with the murder of a bartender with strychnine. Horace Braham, Harvey Hayes, Catherine Hines, Lionel Ricou (announcer), Lester Fletcher, Francois Grimar, Guy Spaull, Percy Hoskins (researcher), Wyllis Cooper (writer, director), Carl Harburg. 29:31. Episode Notes From The Radio Gold Index.

13d ago1w ago
Subscribe
Unsubscribe
Monthly+
Barry first found music when he borrowed his sister's record collection when he was about eight and was hooked. When Caroline started it was a new beginning, and he listened to all the stations, but Caroline was his favourite by far. Later he became a singer in a band, then started doing discos when he was 18. He joined Caroline in 1977, touring the country with the Caroline Roadshow for 10 years, having great fun. Barry helped with tender trips and worked on the Ross Revenge in '84 and '85. ...
K
KZradio הקצה

24h ago24h ago
Subscribe
Unsubscribe
Weekly
DumTeeDum is a weekly podcast about The Archers that features Roifield Brown and fans of the Archers. See acast.com/privacy for privacy and opt-out information.
K
Kate, Tim and Joel

11h ago11h ago
Subscribe
Unsubscribe
Daily
Three of Australia's most respected personalities, Kate Ritchie, Tim Blackwell and Joel Creasey, come together to bring a conversational cheekiness to the drive shift. Joel Creasey joins Kate and Tim as the newest addition to Australia’s renowned drive show, with a combination of the day's hot topics, the best of digital and online and their unique benchmarks and games. Featuring the segments that Nova listeners have grown to love including Monday’s Mailbag, The Wednesday Wheel and the highl ...
Listen to 500+ topics