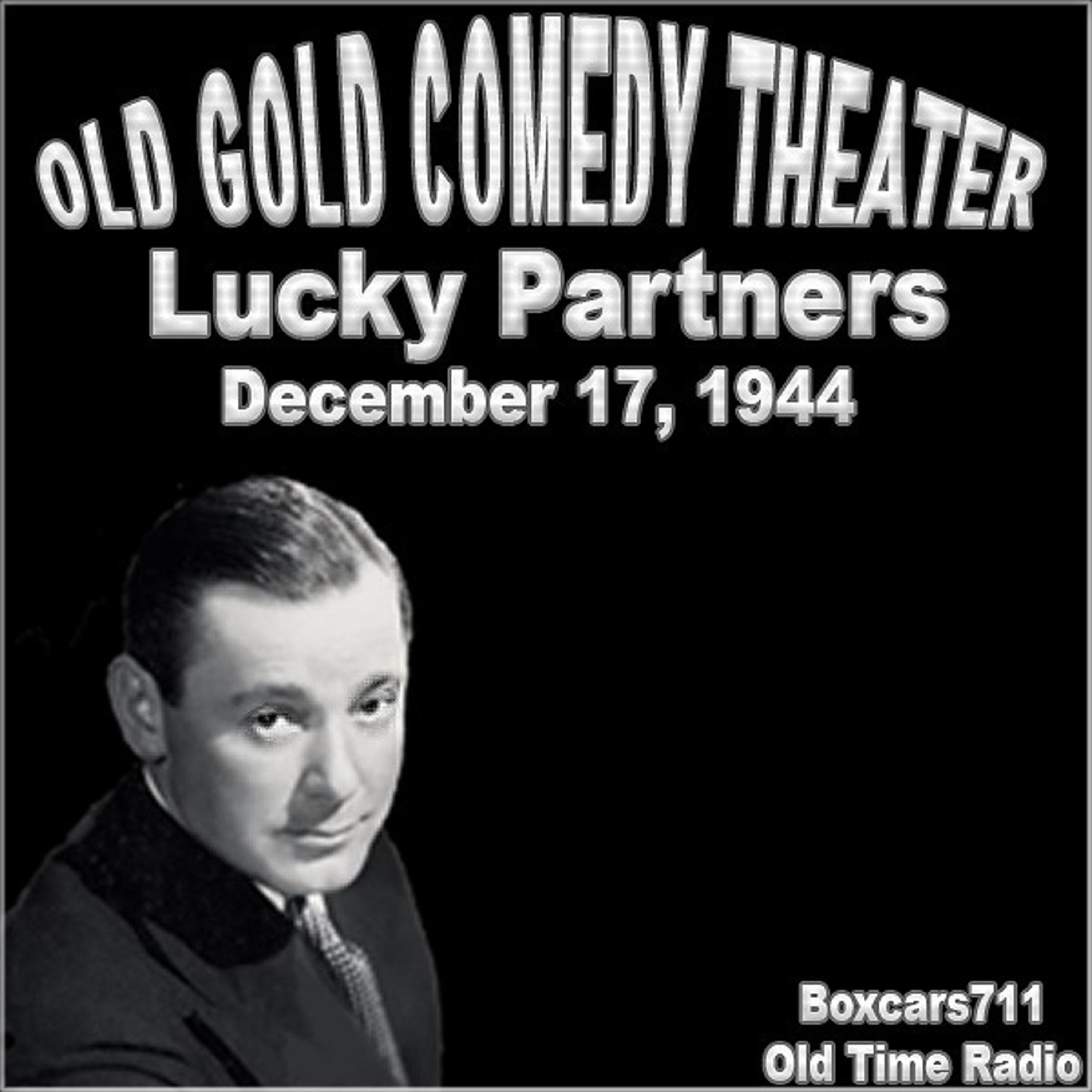 Lucky Partners (Aired December 17, 1944)
"Old Gold Comedy Theater" "Harold Lloyd Comedy Theater" "The Comedy Theater" NBC Old Gold Cigarettes" Sundays 10:30 - 11:00 pm HOST: Harold Lloyd ANNOUNCER: Bob Williams MUSIC: Carl Hoff. Harold Lloyd could never resist a challenge. He had to be good at everything he did, if not the best. Before tackling the job of host/director for "Old Gold Comedy Theatre," he made extensive recordings — voice tests — to "get the hang of it." By the first broadcast, Harold was at least capable, if still a bit forced and nervous. Later in the series, he sounded more relaxed, which indicated that he could have mastered it by the second season, if only there had been one. The contract called for Harold to be paid $1500 per broadcast, with an increase to $2000 by the second year and $2500 by the third, but for whatever reason, the series didn’t catch on and lasted for only one season of 32 shows. THIS EPISODE: December 17, 1944. "Lucky Partners" - Bedlam reigns when a sidewalk artist, played by Herbert Marshall, shares a chance on a $150,000 sweepstakes with a young woman (Jane Wyman). There's one catch, though: if they win, the artist insists on taking her on an "imaginary" honeymoon - much to the suspicion of her fiance' (Sheldon Leonard). (Two of the 78 RPM discs from which this program was taken were cracked, so a brief portion of the opening is missing and listeners may note a very occasional skip. 29:15.

2d ago2d ago
Subscribe
Unsubscribe
Weekly
RelicRadio.com presents tales of the strange and bizarre, the weird and the wicked. Stories not necessarily of the supernatural, but of the unnatural. Join us for Strange Tales, featuring radio drama at its most mysterious and unusual. Abnormal old time radio!
F
Flashback Requests (Barry James)

7d ago0w ago
Subscribe
Unsubscribe
Monthly
Barry first found music when he borrowed his sister's record collection when he was about eight and was hooked. When Caroline started it was a new beginning, and he listened to all the stations, but Caroline was his favourite by far. Later he became a singer in a band, then started doing discos when he was 18. He joined Caroline in 1977, touring the country with the Caroline Roadshow for 10 years, having great fun. Barry helped with tender trips and worked on the Ross Revenge in '84 and '85. ...
R
Rockhouse on Oldies 104

13d ago1w ago
Subscribe
Unsubscribe
Weekly
Donate here: http://www.radiostorm.com/donate Subscribe to our Patreon here: http://www.radiostorm.com/patreon Join Topeka's own Marshall Barber as he takes you through the roots of rock and roll with classic soul, R&B, and rock! Vinyl is a large part of each show, as some songs are very hard to find. Support this podcast: https://anchor.fm/radiostorm/support
T
Treasure Island Oldies

1d ago1d ago
Subscribe
Unsubscribe
Weekly
A weekly Podcast that covers events that took place this week in Rock & Roll History; who was in the studio recording what would become a big hit, and spotlight artists that are celebrating birthdays this week. Join me for the entire weekly four hour radio show, Treasure Island Oldies, The Home of Lost Treasures at www.treasureislandoldies.com. On the air every week since 1997,
O
Old Time Rock n Roll

23h ago23h ago
Subscribe
Unsubscribe
Weekly
Old Time Rock n Roll is the largest oldies podcast in the world today. Over 2.3 million listeners have enjoyed the huge library of tunes. Host Lee Douglas uses his personal 120,000 song library to spin the classics,as well as the obscure songs of the 50's,60's and early 70's. Whether its doo wop, rockabilly, Rythym and Blues or pop, Old Time Rock n Roll has it all. Listen and be transported back to a time when the biggest problem we had was getting a date for Saturday night.
S
Sideshow Sound Theatre┃Music & Film Soundtrack Podcast

7d ago0w ago
Subscribe
Unsubscribe
Weekly
Eddie Trunk, the most well-known name in hard rock and metal music, brings his insight, commentary, reviews, discussion and in-depth interviews to the podcast world! Join Eddie and his famous friends in rock and entertainment every week for a rollicking good time. To access the entire show archive, go to PodcastOne.com.
T
Too Much Rock

1d ago1d ago
Subscribe
Unsubscribe
Monthly+
The Too Much Rock podcast is a 30-minute journey through the weekly music acquisitions of its creator. It may feature power pop, indie rock, post punk, indie pop, or any other named or unnamed genre.
T
The Comic's Comic Presents Last Things First

6d ago6d ago
Subscribe
Unsubscribe
Monthly+
Asking comedians about the historic lasts and firsts in their lives as their comedy careers have blossomed.
Listen to 500+ topics