MP3•Episode home
By Matt K & Ry The Movie Guy, Matt K, and Ry The Movie Guy. Discovered by Player FM and our community — copyright is owned by the publisher, not Player FM, and audio is streamed directly from their servers. Hit the Subscribe button to track updates in Player FM, or paste the feed URL into other podcast apps.

I can almost hear REM playing. The end is nigh, apocalypse, armageddon, judgment day… The End of the World! Talking about the pretend end… In film (need to make that distinction in 2020)!

Many many films contain heroes fighting against an existential threat to the entire world. After all, how could the stakes get any higher? It’s compelling. It plays on our fears and our power fantasies. End of the World Scenarios are also featured in the two BIG films we are reviewing this week – Bill & Ted Face the Music, and the highly anticipated Christopher Nolan film Tenet. So, naturally, we are going to choose our Top 5 most creative End of the World Scenarios in film.

Joining us is a guy who put the ROCK in Ragnarok… Bailey Davis of Riot Fest. 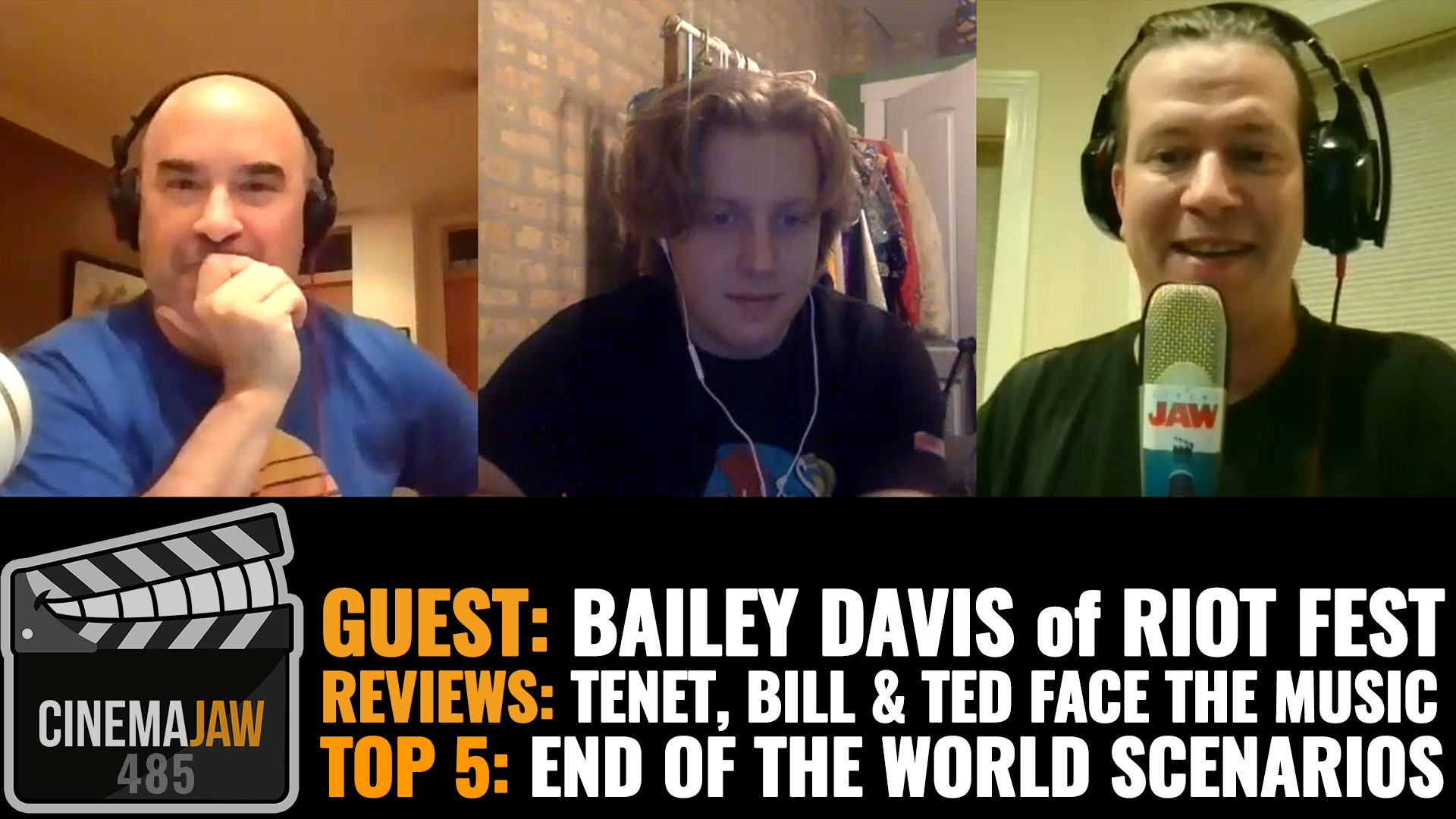 Riot Fest is a well-known music festival that obviously had to change plans due to the pandemic. That’s why Bailey is here introducing Riot Fest At The Movies! At the Chicago Drive-In on September 11 & 12 a double-feature each night with snacks, fireworks, and exclusive merch. 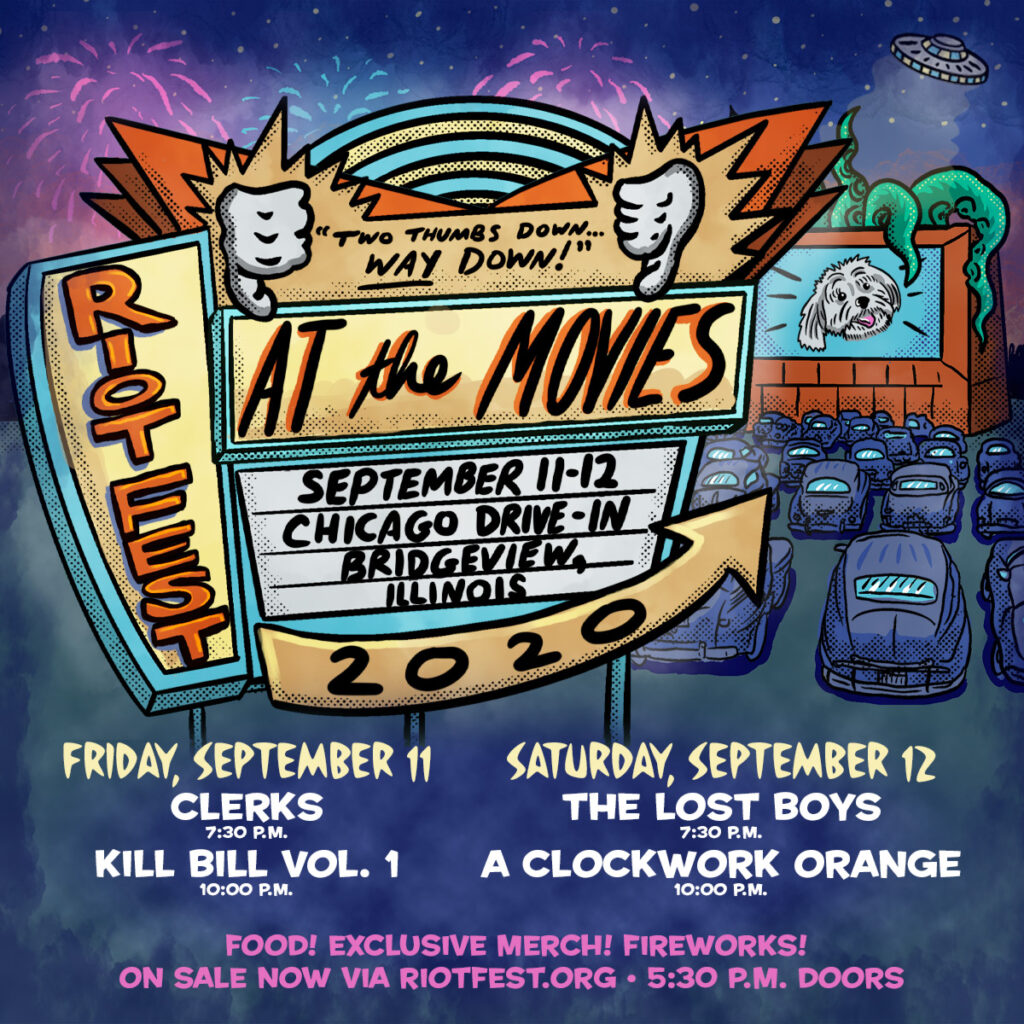 On Friday, drive up and enjoy Kevin Smith’s indie favorite Clerks, followed by Kill Bill Vol. 1, Quentin Tarantino’s bloody revenge thriller. Saturday will open with a cult-classic vampire flick, The Lost Boys, followed by Stanley Kubrick’s unforgettable A Clockwork Orange. A fireworks show will light up the sky each night.

See you at the Drive-In, but until then… plug in those earbuds and get yourself some CinemaJaw!

Top 5 End of the World Scenarios

1M ago4w ago
Subscribe
Unsubscribe
Weekly
Buckle up! Entertainment Weekly's BINGE Podcast is taking you through The Fast & Furious films a quarter mile at a time, with the stars who brought them to life. Hosted by EW Social Media Director Chanelle Johnson and EW Associate Editor Derek Lawrence, the series gives fans an in-depth look at the making of the ride-or-die franchise through exclusive interviews with the whole Fast Family — from director Justin Lin to stars Sung Kang, Michelle Rodriguez, and Dominic Toretto himself, Vin Dies ...
D
DumTeeDum - A show about The BBC's The Archers

5d ago5d ago
Subscribe
Unsubscribe
Weekly
DumTeeDum is a weekly podcast about The Archers that features Roifield Brown and fans of the Archers.
G
Game of Thrones The Podcast

3m ago3m ago
Subscribe
Unsubscribe
Monthly
Jim and A.Ron review each week's episode of HBO's Game of Thrones and your feedback.
B
Binge Mode: Marvel

4M ago18w ago
Subscribe
Unsubscribe
Monthly
The Ringer’s Mallory Rubin and Jason Concepcion return to take their signature deep dives into the Marvel Cinematic Universe, covering all 23 films!
Y
You Must Remember This

30d ago4w ago
Subscribe
Unsubscribe
Monthly
You Must Remember This is a storytelling podcast exploring the secret and/or forgotten histories of Hollywood’s first century. It’s the brainchild and passion project of Karina Longworth (founder of Cinematical.com, former film critic for LA Weekly), who writes, narrates, records and edits each episode. It is a heavily-researched work of creative nonfiction: navigating through conflicting reports, mythology, and institutionalized spin, Karina tries to sort out what really happened behind the ...
W
What To Watch

7m ago7m ago
Subscribe
Unsubscribe
Daily
What To Watch is Entertainment Weekly's daily guide to the shows that should be on your radar -- be it network, cable, premium or streaming! Hosted by Gerrad Hall.
P
Post Show Recaps: TV & Movie Podcasts from Josh Wigler and Friends

2h ago2h ago
Subscribe
Unsubscribe
Daily
When your favorite shows end, we’re just getting started. LIVE interactive podcasts take place on Youtube, right after the episode ends of shows like THE WALKING DEAD, GAME OF THRONES & More. Post Show Recaps features Rob Cesternino from Rob Has a Podcast and Josh Wigler
T
The Talking Dead - A podcast dedicated to the AMC TV series The Walking Dead