MP3•Episode home
By Classical Music Discoveries. Discovered by Player FM and our community — copyright is owned by the publisher, not Player FM, and audio is streamed directly from their servers. Hit the Subscribe button to track updates in Player FM, or paste the feed URL into other podcast apps. 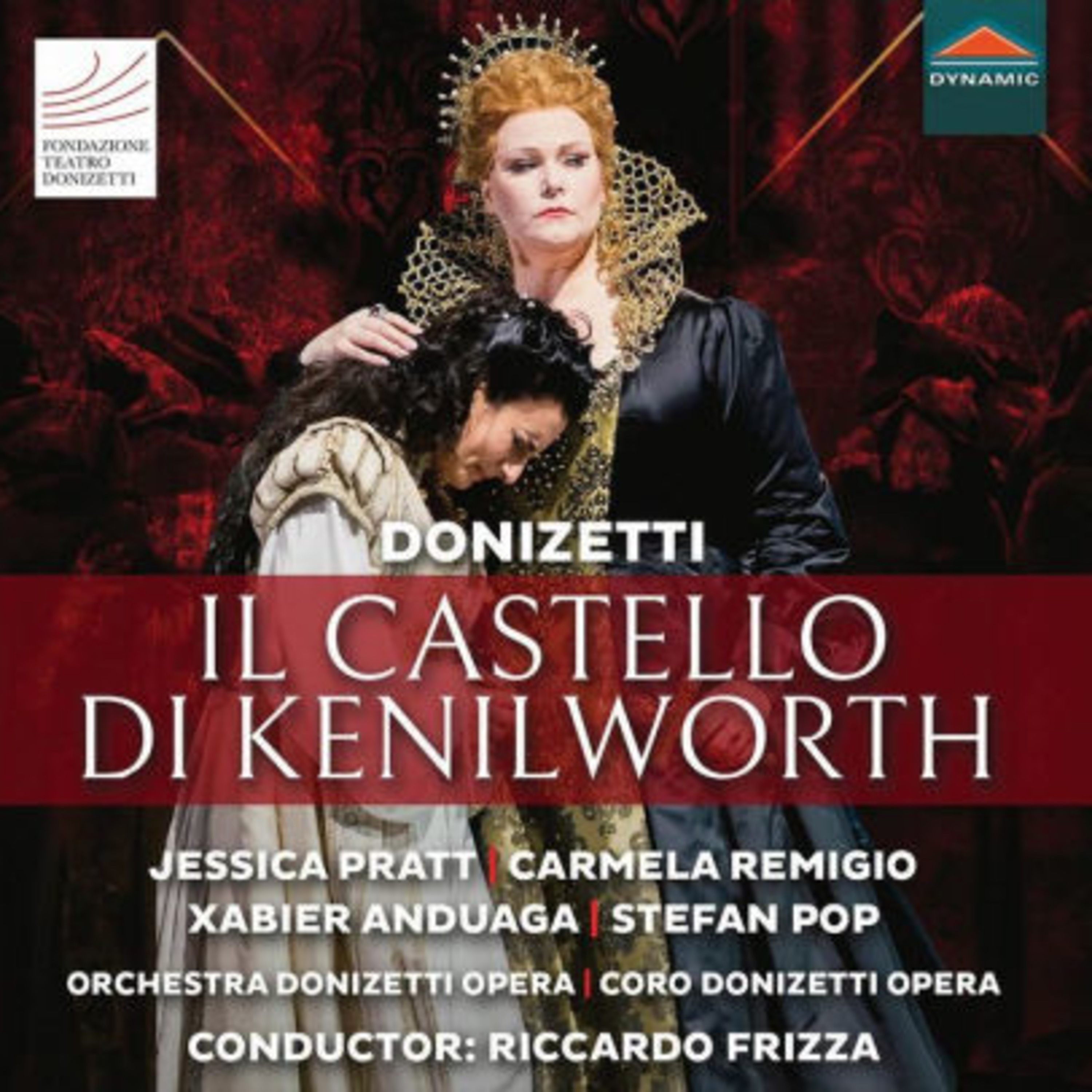 Il castello di Kenilworth (or, under its original name in 1829, Elisabetta al castello di Kenilworth) is a melodramma serio or tragic opera in three acts by Gaetano Donizetti. Andrea Leone Tottola wrote the Italian libretto after Victor Hugo's play Amy Robsart (1828) and Eugene Scribe's play Leicester, both of which following from Scott's novel Kenilworth (1821). Daniel Auber composed another opera on the same subject, Leicester, ou Le chateau de Kenilworth in 1823. This opera was the first of Donizetti's excursions into the Tudor period of English history, and it was followed in 1830 by Anna Bolena, (which was based on the life of Ann Boleyn, the second wife of King Henry VIII), then by Maria Stuarda (named for Mary, Queen of Scots) which appeared in different forms in 1834 and 1835. All represented the interests (even obsessions) of many Italian composers of the era, Donizetti's included, in the character of Elizabeth I, whose life he was to explore further in 1837 in his opera Roberto Devereux (named for a putative lover of Queen Elizabeth I.) The leading female characters of the operas Anna Bolena, Maria Stuarda, and Roberto Devereux are often referred to as the "Three Donizetti Queens." As Elisabetta al castello di Kenilworth the opera received its first performance on 6 July 1829 at the Teatro San Carlo, Naples and, in a revised version at the same house, as Il castello di Kenilworth on 24 June 1830. Classical Music Discoveries is sponsored by La Musica International Chamber Music Festival and Uber. @khedgecock #ClassicalMusicDiscoveries #KeepClassicalMusicAlive #LaMusicaFestival #CMDGrandOperaCompanyofVenice #CMDParisPhilharmonicinOrléans #CMDGermanOperaCompanyofBerlin #CMDGrandOperaCompanyofBarcelonaSpain #ClassicalMusicLivesOn #Uber Support us on Patreon https://www.patreon.com/user?u=4186107

9d ago1w ago
Subscribe
Unsubscribe
Monthly
Barry first found music when he borrowed his sister's record collection when he was about eight and was hooked. When Caroline started it was a new beginning, and he listened to all the stations, but Caroline was his favourite by far. Later he became a singer in a band, then started doing discos when he was 18. He joined Caroline in 1977, touring the country with the Caroline Roadshow for 10 years, having great fun. Barry helped with tender trips and worked on the Ross Revenge in '84 and '85. ...
N
New Classical Tracks with Julie Amacher

1M ago4w ago
Subscribe
Unsubscribe
Monthly
Offering up the best in New Wave, Goth, Post-Punk and Ska from the 80's, including rare and hard to find music you forgot you've missed!
M
Metal Injection Podcasts

1h ago1h ago
Subscribe
Unsubscribe
Weekly
Join the weekly rock and metal podcast, delivering you the latest news, cutting edge opinions, honest reviews and laughs from the US and the UK with Beez, Perran Hyles and Ryan De Freitas.
T
That Classical Podcast

23d ago3w ago
Subscribe
Unsubscribe
Monthly
Kelly, Sascha and Chris talk to you about classical music whilst making you laugh. AND LEARN. www.ThatClassicalPodcast.com See acast.com/privacy for privacy and opt-out information.
T
The Roadhouse

2h ago2h ago
Subscribe
Unsubscribe
Weekly
Make sure you tune in every week to catch up to all latest tunes, remixes, bootlegs and more! More info: http://protocol-radio.com http://nickyromero.com
Listen to 500+ topics