Government Political Science News Politics Podcasting Education The COVID19
By Penn State McCourtney Institute for Democracy/The Democracy Group. Discovered by Player FM and our community — copyright is owned by the publisher, not Player FM, and audio is streamed directly from their servers. Hit the Subscribe button to track updates in Player FM, or paste the feed URL into other podcast apps.

Democracy Works « »
Democracy as a way of life


MP3•Episode home
By Penn State McCourtney Institute for Democracy/The Democracy Group. Discovered by Player FM and our community — copyright is owned by the publisher, not Player FM, and audio is streamed directly from their servers. Hit the Subscribe button to track updates in Player FM, or paste the feed URL into other podcast apps. 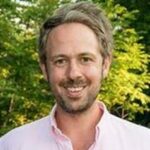 We often talk about democracy in the context of politics and institutions, but this week’s guest draws from Walt Whitman, Ralph Waldo Emerson, and John Dewey to offer a different perspective.

We live in an era defined by a sense of separation, even in the midst of networked connectivity. As cultural climates sour and political division spreads, our guest this week suggests there is no better time to reconsider ideas of unity in democracy.

In his book, The Ethics of Oneness, Jeremy David Engels argues that if the lessons of oneness are taken to heart, particularly as they were expressed and celebrated by Whitman, and the ethical challenges of oneness considered seriously, it is possible to counter the pervasive and problematic American ideals of hierarchy, exclusion, violence, and domination.

Engels is professor of communication arts and sciences at Penn State and the Barry Director of the Paterno Fellows Program. He’s also a yoga and meditation instructor who has spent time studying yoga and philosophy in India. He is the author of The Ethics of Oneness: Emerson, Whitman, and the Bhagavad Gita, The Art of Gratitude, The Politics of Resentment, and Enemyship: Democracy and Counter-Revolution in the Early Republic.

The Ethics of Oneness

16m ago16m ago
Subscribe
Unsubscribe
Monthly+
Congressional Dish is a twice-monthly podcast that aims to draw attention to where the American people truly have power: Congress. From the perspective of a fed up taxpayer with no allegiance to any political party, Jennifer Briney will fill you in on the must-know information about what our representatives do AFTER the elections and how their actions can and will affect our day to day lives. Hosted by @JenBriney. Links to information sources available at www.congressionaldish.com
W
What Trump Can Teach Us About Con Law

15d ago2w ago
Subscribe
Unsubscribe
Monthly
Professor Elizabeth Joh teaches Intro to Constitutional Law and most of the time this is a pretty straight forward job. But with Trump in office, everything has changed. Five minutes before class Professor Joh checks Twitter to find out what the 45th President has said and how it jibes with 200 years of the judicial branch interpreting and ruling on the Constitution. Hosted by acclaimed podcaster Roman Mars (99% Invisible, co-founder Radiotopia), this show is a weekly, fun, casual Con Law 10 ...
K
KQED's The California Report

2h ago2h ago
Subscribe
Unsubscribe
Weekly+
Tempers fly as the newsmakers of the week face-off in this award-winning show. Anchored by Nidhi Razdan, this weekly program has politicians battlling wits with a live audience.
S
State of Belief - Religion and radio done differently.

17m ago17m ago
Subscribe
Unsubscribe
Weekly
State of Belief is a weekly radio show that explores the intersection of religion with politics, culture, media, and activism, and promotes diverse religious voices in a religiously pluralistic world.
L
Left, Right & Centre

2h ago2h ago
Subscribe
Unsubscribe
Daily
The day's biggest news dissected by the day's newsmakers. Diverse opinions from across the political spectrum. The show that makes you decide, are you the Left, Right or the Centre?
T
The World: Latest Edition

7m ago7m ago
Subscribe
Unsubscribe
Daily
Host Marco Werman and his team of producers bring you the world's most interesting stories that remind us just how small our planet really is.
W
We The People

1h ago1h ago
Subscribe
Unsubscribe
Weekly
This powerful opinion-based show throws the floor open to an enquiring public for discussions on the issues affecting the country and its people and ensuring that the average citizen gets a voice.
T
The Real Story

14m ago14m ago
Subscribe
Unsubscribe
Weekly
Our CBS News team in Washington wraps up the news of the week and goes deep into the major stories with CBS News correspondents. It's the end-of-week news magazine show you can take with you wherever you go. (046510)
Listen to 500+ topics