Higher Journeys Radio with Alexis Brooks « »
Jimmy Church – Disclosure and the ET-UFO Phenomenon: Is 2019 the Year? 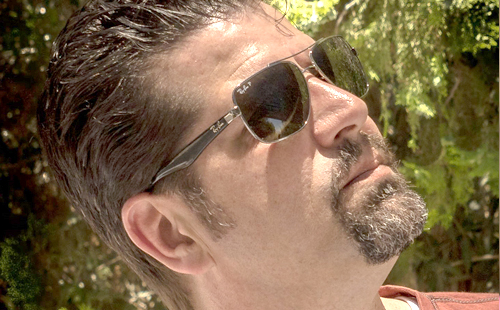 It was exactly one year ago when the New York Times “disclosed” a story with revelations about a secret UFO program, also known as the Advanced Aerospace Threat Identification Program or AATIP run by the Pentagon.

Glowing Auras and ‘Black Money’: The Pentagon’s Mysterious UFO program was the headline that broke – an admission that some felt would certainly be the beginning of what is now known in the UFO community as simply “disclosure.”

Since that time, tongues have been wagging as to the significance of that ground-breaking article. Was it truly info? Dis-info? Another attempt for our official sources to control the narrative over something that maybe they fully don’t understand?

And what has happened since that December 2017 day when the story broke? Have we really had any significant kind of disclosure that ET’s are real?

I spoke briefly with UFO researcher and host of Fade to Black Radio, Jimmy Church who says, “If someone knows something about all of this, it’s time for them to bring it on!”

And what about disclosure coming from other means, let’s say a personal UFO sighting and/or contact experience? Jimmy had much to say about this as well, including his own “daylight UFO sighting” that he says rocked his world!

Jimmy Church will be moderating a special Ancient Aliens panel at this year’s Conscious Life Expo in Los Angeles at the LAX Hilton. This year will be a special celebration for the 50th Anniversary of Chariots of the Gods with Erich von Daniken who will also be our special guest on Higher Journeys! 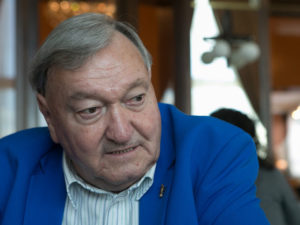 And if you can’t attend – No Worries! Take advantage of the amazing offer below…

Jimmy Church is the host of ‘Fade to Black’ on the Game Changer Network, syndicated on KGRA the Planet and Talk Network. Jimmy started his career in the music business, producing bands in Hollywood back in the ‘hair’
days in the 80’s on the Sunset Strip…all the while studying Ufology, the paranormal and conspiracy theory.

Growing up, Church was influenced by his mother who was an avid reader of Edgar Cayce and Erik von Daniken…she had an open-mind for all things paranormal…and this outlook on the world from childhood is still what happens every time Jimmy is on the air.

Late-night talk radio covering UFOs, ghosts, lost civilizations, secret governments, agendas and alternate realities swept across the country with hosts like Long John Nebel…and Church listened to them all…and still does. He is a student of the genre and he respects those that came before…but he is taking overnight talk radio into the future with a new generation of listeners who all want an answer: Are we alone in the universe???

Along with hosting his live show, Fade to Black, Jimmy is a guest-host on Coast to Coast AM with George Noory, appears on Hangar 1: The UFO Files on the History Channel and is a speaker/host at national conventions around the US.

The post Jimmy Church – Disclosure and the ET-UFO Phenomenon: Is 2019 the Year? appeared first on Higher Journeys.

1
World Spirituality
Subscribe
Unsubscribe
4d ago4d ago
Subscribe
Unsubscribe
Weekly
Our planet is becoming a global village, yet enormous differences remain in culture and spiritual tradition—differences that can lead to misunderstanding, hatred, and war. Host Paul John Roach and his guests explore the unity and common values shared within all cultures and faith traditions.
A
Astrology & The Hermetic Arts: Holes to Heavens

1
Astrology & The Hermetic Arts: Holes to Heavens
Subscribe
Unsubscribe
9d ago1w ago
Subscribe
Unsubscribe
Monthly
This Podcast is a wide net cast across the cosmos, sinking to the depths of Psyche, and reaching for the light in myth to see how heaven can be found here, now, while you are listening. It includes conversations with the most interesting of folks and solo shows with myself, Adam Sommer. If you enjoy astrology or magic or medicine, this is your show. If you enjoy the cosmos and all the mysterious ways it manifests in our lives, you have found the place. Enjoy www.HolestoHeavens.com
T
Team Beachbody Coach Podcast

1
Team Beachbody Coach Podcast
Subscribe
Unsubscribe
5d ago5d ago
Subscribe
Unsubscribe
Weekly
Introducing the Team Beachbody® Coach Podcast, the official podcast channel devoted exclusively to Team Beachbody Coaches. From archives of the National Wake Up Call, I Am Team Beachbody stories, and What I Know Now success tips from seasoned Coaches, this podcast is your one-stop source for personal development, business training and peer-to-peer inspiration. Ready to explode your business? Tune in regularly to our official podcast and join the ranks of those transforming their lives and th ...
T
The RobCast

1
the Birdy Num Num Indian Podcast
Subscribe
Unsubscribe
5d ago5d ago
Subscribe
Unsubscribe
Weekly
The Birdy Num Num Indian podcast is all about inspiring the creative Indian.With over 35M views online spanning a career in IT and Stand Up Comedy, Indian-American comedian Sanjay Manaktala is the epitome of "because life begins after engineering." A good chunk of his guests also live by this philosophy. Every Monday and Thursday Sanjay talks creativity, dating, technology, life, current events and general life advice from the perspective of a 30 something Indian American guy traveling the w ...
B
Barbell Logic