MP3•Episode home
By Ouch You're On My Hair. Discovered by Player FM and our community — copyright is owned by the publisher, not Player FM, and audio is streamed directly from their servers. Hit the Subscribe button to track updates in Player FM, or paste the feed URL into other podcast apps. 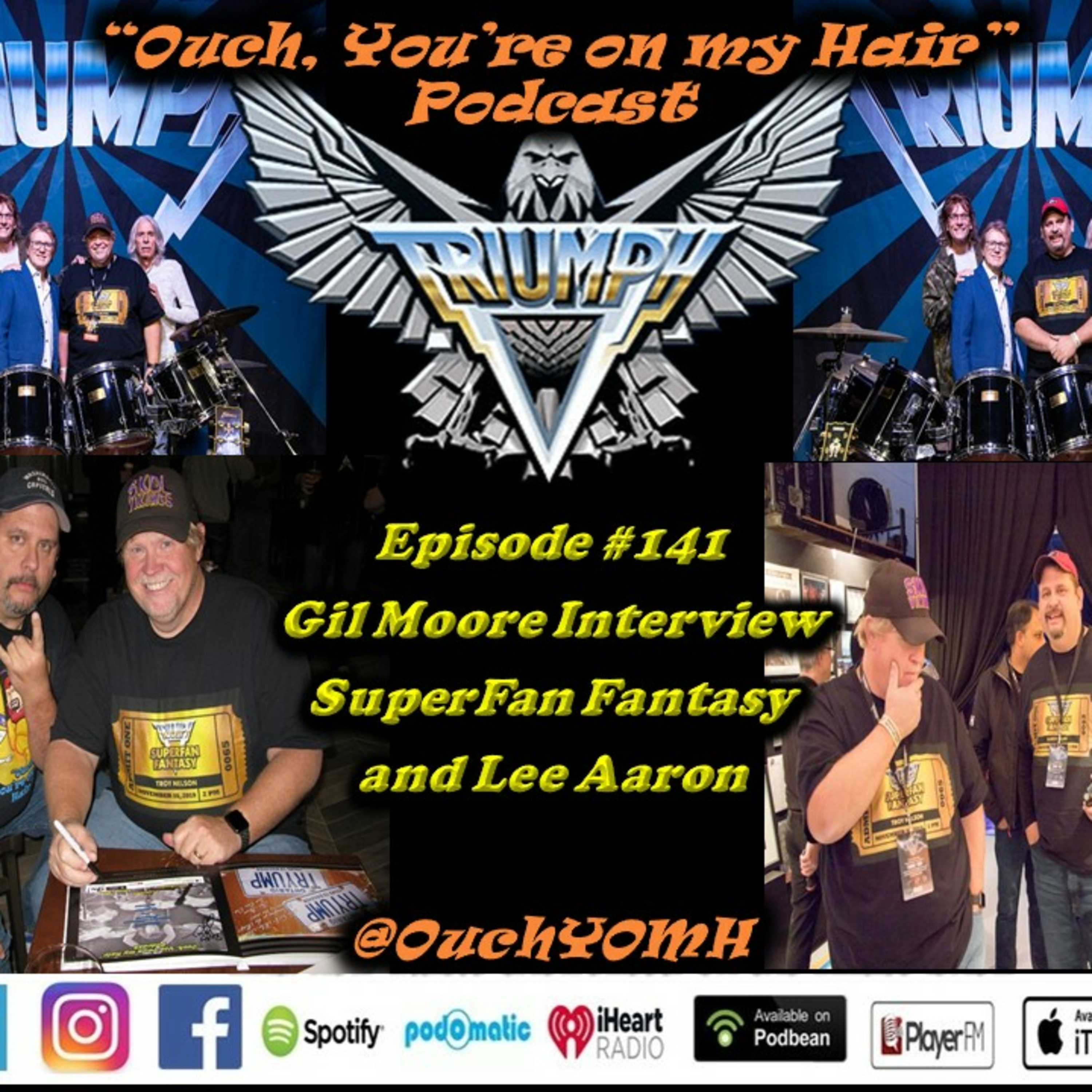 Welcome back Gil Moore, drummer for the band Triumph. Gil speaks with the boys about the recent Triumph SuperFan Fantasy held at Metalworks Studios, an idea Mike Levine and he are working on, and a whole lot more. You are going to love how Gil talks about the fans of Triumph, it's extremely heartfelt. Since both Randy and Troy attended the event at Metalworks, they decided while there to interview several of the SuperFans. You will hear first hand from some of Triumph's biggest fans and even Gil's wife Sunny Moore. The boys will rock you out this week with the Canadian icon Lee Aaron, with two songs off her recently released live album. Known as a powerhouse, you will see why she can rock a crowd with the two cuts the boys play. Join Randy and Troy, for this and every episode of Ouch You're on my Hair, and subscribe to the show on iTunes, Spotify, iHeartRadio, Podomatic, Podbean, Google Play, Stitcher, or Player FM. Also follow us on Instagram, Twitter @OuchYOMH and Facebook at www.facebook.com/OuchYOMH

Start listening to #Ouch, You're On My Hair on your phone right now with Player FM's free mobile app, the best podcasting experience on both iPhone and Android. Your subscriptions will sync with your account on this website too. Podcast smart and easy with the app that refuses to compromise.

Similar to Ouch, You're On My Hair

1
Flashback Requests (Barry James)
Subscribe
Unsubscribe
10d ago1w ago
Subscribe
Unsubscribe
Monthly
Barry first found music when he borrowed his sister's record collection when he was about eight and was hooked. When Caroline started it was a new beginning, and he listened to all the stations, but Caroline was his favourite by far.Later he became a singer in a band, then started doing discos when he was 18. He joined Caroline in 1977, touring the country with the Caroline Roadshow for 10 years, having great fun. Barry helped with tender trips and worked on the Ross Revenge in '84 and '85. ...
R
Rockhouse on Oldies 104

1
Rockhouse on Oldies 104
Subscribe
Unsubscribe
1M ago4w ago
Subscribe
Unsubscribe
Weekly
Donate here: http://www.radiostorm.com/donateSubscribe to our Patreon here: http://www.radiostorm.com/patreonJoin Topeka's own Marshall Barber as he takes you through the roots of rock and roll with classic soul, R&B, and rock! Vinyl is a large part of each show, as some songs are very hard to find. Support this podcast: https://anchor.fm/radiostorm/support
F
Firebeatz Radio

1
That's Not Metal
Subscribe
Unsubscribe
17h ago17h ago
Subscribe
Unsubscribe
Weekly
Join the weekly rock and metal podcast, delivering you the latest news, cutting edge opinions, honest reviews and laughs from the US and the UK with Beez, Perran Hyles and Ryan De Freitas.
T
The MetalSucks Podcast

1
The MetalSucks Podcast
Subscribe
Unsubscribe
4d ago4d ago
Subscribe
Unsubscribe
Weekly
The official podcast of MetalSucks, Petar Spajic, Brandon Hahn and Jozalyn Sharp. One featured interview each week with a prominent metal musician, and discussion of the latest headlines in metal news. New episodes every Monday morning.
T
Too Much Rock

1
Next Music Online
Subscribe
Unsubscribe
9d ago1w ago
Subscribe
Unsubscribe
Weekly
Next is a new music show with a simple goal: Find you a new favorite song. I firmly believe that good people listen to good people. Please check out the website http://allthingsnext.com. Enjoy it all, stay sexy and if you love someone hug them right now.
Listen to 500+ topics