Science Fiction Star War Trek Marvel Avengers Monsters Kaiju Godzilla Cinema Aliens
By Planet 8 Podcast. Discovered by Player FM and our community — copyright is owned by the publisher, not Player FM, and audio is streamed directly from their servers. Hit the Subscribe button to track updates in Player FM, or paste the feed URL into other podcast apps.


MP3•Episode home
By Planet 8 Podcast. Discovered by Player FM and our community — copyright is owned by the publisher, not Player FM, and audio is streamed directly from their servers. Hit the Subscribe button to track updates in Player FM, or paste the feed URL into other podcast apps. 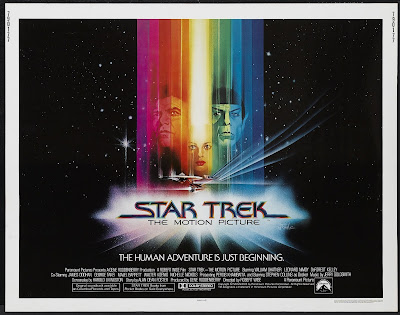 That's right listeners, it's time to go where no one has gone before -to the big screen, for the first voyage of the Enterprise in theaters! Today the Planet 8 crew is talking Star Trek: The Motion Picture!

The Motion Picture (or ST:TMP) has gained a bad reputation over the years, often derisively called 'The Motionless Picture,' but it actually was a hit at the box office, if not with the critics. Without ST:TMP, we wouldn't have gotten Wrath of Khan, or any of the films to follow, and perhaps no Next Generation and beyond. So whatever your opinion of the film -and we know opinions vary, because even within our Planet 8 crew, they do - one must acknowledge its role in keeping the franchise alive. 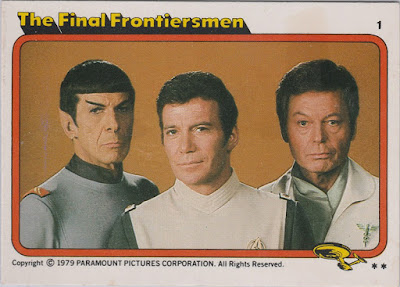 We'll discuss the troubled history of the production, how it swung back and forth between plans to be a new Star Trek TV series (Star Trek Phase II), a movie, a TV show, and a film again. By the time the studio decided to go with a theatrical film, they went into production in a rush, without a firm script, and with a set release date (December 7, 1979) which put the pressure on, especially with the complicated special effects that were required. They were lucky to have an experienced director in Robert Wise at the helm. They also kicked out the original effects group and brought in master effects artists Doug Trumbull and John Dykstra, who managed to finish the special effects just in time for the release. 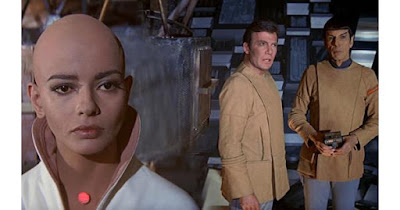 Going to see Star Trek on the big screen was a real experience for all of us. There was, of course, huge anticipation. We hadn't seen our Enterprise crew in a new adventure in years! What would they look like? What would the story be like? Of course we had seen photos in magazines but to see them on the big screen would be a special thrill! For some though, the movie was not what they expected. After the excitement of Star Wars, ST:TMP might have seemed too slow, too talky. For others, it was too reminiscent of the Star Trek episode, The Changeling, where an ancient Earth space probe, modified by an alien probe, mistakes Kirk for its creator. But in some ways, ST:TMP is the Trek movie most like the original episodes. It may have been their attempt at Trek's '2001,' but it maintains Trek's hopeful concept for mankind's development as a species.

Regardless of one's thoughts about the plot of the film, the special effects are still beautiful to behold (and if you haven't seen the director's edition, run out now and get it!), and Jerry Goldsmith's score is perhaps the best Star Trek score of all. His main theme went on to become the theme of Star Trek: The Next Generation, but it originated here, with this film, and it's absolutely beautiful to hear in conjunction with the visual of the streamlined Enterprise.
In any case, it's worth a revisit if you haven't seen it in a while. Check it out and let us know your thoughts! 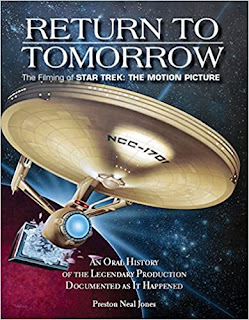 For our Sensor Sweep this episode, to go with our theme, Karen shares a book that goes into great depth on ST:TMP: Return to Tomorrow: The Filming of Star Trek: The Motion Picture by Preston Neal Jones. In this hefty tome, Jones has put together an oral history of the film, which includes interviews with the cast and crew of The Motion Picture. Honestly, anything you would ever want to know about how the movie was made is included in this book. You can find it from sellers on Amazon, and at the time of this writing, they now have an ebook version too. 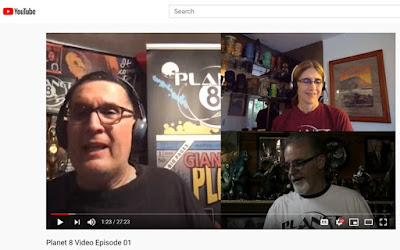 We also want to give a plug to our first ever video-only episode on our YouTube channel! We decided to do a quick little video Sensor Sweep for you guys, sharing some of our collectibles, and a funny story about a near-miss the guys had with a collectible. So we hope you'll check it out at our YouTube channel. Let us know if you'd like to see more video episodes!
All right, that's it for this time around. But if you want to contact us, hailing frequencies are open!
Live long and prosper!

4d ago4d ago
Subscribe
Unsubscribe
Monthly+
Sci Fi Saturday Night, the Podcast is the web version of the popular New Hampshire based radio show. Our hosts, The Dome, Kriana, and Zombrarian discuss science fiction, science fact, fantasy and whatever else we think is cool, in between celebrity interviews.
F
Film Sack

3d ago3d ago
Subscribe
Unsubscribe
Weekly
Mining the depths of film entertainment for all mankind. With Scott Johnson, Brian Dunaway, Randy Jordan, and Brian Ibbott.
B
Beneath

10+ y ago10+ y ago
Subscribe
Unsubscribe
Daily+
Three thousand years after a chunk of iron the size of Khufu’s pyramid collides with Europa, Jupiter’s sixth moon, an asteroid borne of the collision crashes into Earth’s Arctic ice shelf carrying extraterrestrial microbial life. The first man to come into contact with the microbes hears voices—and then dies. After determining the meteorite originated from Europa, the Global Exploratory Corporation sends oceanographer and biologist, Kathy Connelly, and her crew to the moon aboard the Surveyo ...
P
Post Show Recaps: TV Podcasts | Rob Cesternino & Josh Wigler

7m ago7m ago
Subscribe
Unsubscribe
Weekly
In a unique weekly podcast, Edith Bowman sits down with a variety of film directors, actors, producers and composers to talk about the music that inspired them and how they use music in their films, from their current release to key moments in their career. The music chosen by our guests is woven into the interview and used alongside clips from their films. https://twitter.com/soundtrackinguk https://www.facebook.com/Soundtrackingwithedithbowman/ https://play.spotify.com/user/soundtrackingwi ...
D
DumTeeDum - A show about The BBC's The Archers

10m ago10m ago
Subscribe
Unsubscribe
Weekly
Dum Tee Dum is a weekly podcast about The Archers that features Lucy Freeman, Roifield Brown and you.
A
A Little Bit Of This

6M ago25w ago
Subscribe
Unsubscribe
Monthly
Listen in to Sil and Sam as they talk about a variety of different topics, rant, rave, laugh, reflect and drink beer. More often than not they will discuss a film, video game, book or album. However, they might just pick a topic that interests them and hopefully you. If you listen closely, you might just hear Sil eating pizza. Welcome to A Little Bit Of This.
T
The Twilight Zone Podcast

6h ago6h ago
Subscribe
Unsubscribe
Weekly+
Collider is the ultimate entertainment platform for the true fan, providing access to the most engaging movie, television, and gaming content from a host of trusted social influencers. Every week Collider will be providing new episodes of content from all their shows on this Factory feed. Subscribe here to get our latest movie reviews, takes on the breaking news from the industry, film commentaries, editorials, and our weekly film podcast hosted by Collider.com Senior Film Editor Matt Goldberg.
Listen to 500+ topics