David Penzer Pro Wrestling Sports Combat Sports
By David Penzer. Discovered by Player FM and our community — copyright is owned by the publisher, not Player FM, and audio is streamed directly from their servers. Hit the Subscribe button to track updates in Player FM, or paste the feed URL into other podcast apps.

Why? Inactive feed status. Our servers were unable to retrieve a valid podcast feed for a sustained period.

What now? You might be able to find a more up-to-date version using the search function. This series will no longer be checked for updates. If you believe this to be in error, please check if the publisher's feed link below is valid and contact support to request the feed be restored or if you have any other concerns about this.

By David Penzer. Discovered by Player FM and our community — copyright is owned by the publisher, not Player FM, and audio is streamed directly from their servers. Hit the Subscribe button to track updates in Player FM, or paste the feed URL into other podcast apps. 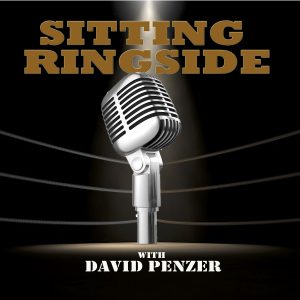 Whether you know him as one of The Major Brothers, one of The Edgeheads, or a three-time World Tag Team Champion, Brian Myers (formerly known as WWE superstar Curt Hawkins) has accomplished a ton over his 16-year career and it’s easy to lose sight of the fact that he’s still a young guy at just 35 years old.

Today on Sitting Ringside, Brian sits down with David Penzer to talk about how his wrestling career began, his relationship with Matt Cardona (fka Zack Ryder), getting his first break in the business, how the idea of teaming up with Edge came to be and how it probably wouldn’t happen in today’s wrestling world, winning the WWE World Tag Team Championship with Cardona at Wrestlemania 35 in his hometown, the WWE Creative process, being completely blindsided by his release from the WWE during the COVID-19 pandemic, his excitement about joining Impact Wrestling, and so much more.

Brian’s unique perspective and honesty is enlightening, to say the least. You don’t want to miss this.

Also, make sure to check out The Major Wrestling Figure Podcast, Brian’s podcast with Matt Cardona, on all the major podcast platforms.

Make sure to follow David Penzer and “Sitting Ringside” on Twitter!
You can find the show on Apple Podcasts, Stitcher, TuneIn Radio, Google Podcasts, the iHeartRadio app, and now on Spotify!

A
Art of Wrestling

3M ago11w ago
Subscribe
Unsubscribe
Monthly
For over 20 years, Colt Cabana travels ALL OVER THE WORLD as a full time pro wrestler. Colt & guest sit down IN PERSON and really talk about the struggles and triumphs it takes to be in the pro wrestling business. PAST EPISODES available at Patreon.com/ColtCabana
S
Simon Miller's Pro-Wrestling Show

13d ago1w ago
Subscribe
Unsubscribe
Monthly+
The world's ONLY pro-wrestling podcast. Which obviously isn't true... There's loads. But still: Tune in for your weekly update regarding WWE, Impact, ROH, NJPW, NXT and everything else!
R
Ringside Toe2Toe Boxing Podcast

2d ago2d ago
Subscribe
Unsubscribe
Monthly+
A weekly boxing show from Sky Sports that goes "Toe2Toe" with the biggest names in the fight game.
S
Solomonster Sounds Off

1d ago1d ago
Subscribe
Unsubscribe
Weekly+
Solomonster Sounds Off tackles the good, the bad and the ugly from the world of pro wrestling
Y
You're Welcome! With Chael Sonnen

2d ago2d ago
Subscribe
Unsubscribe
Weekly+
Chael Sonnen: MMA superstar, American gangster...and bad guy...speaks his mind, drops knowledge and sounds off as the absolute authoritative voice in the world of combat sports. Join Chael as he runs life inside and out of the Octagon, with inside knowledge and unrivaled perspective. New episodes every Tuesday and Friday.
W
WhatCulture Wrestling

1+ y ago1+ y ago
Subscribe
Unsubscribe
Monthly
@WillGreenwood and @SkySportsRugby bring you all the latest from the world of rugby union.
O
OverDrive

11h ago11h ago
Subscribe
Unsubscribe
Daily+
Spend the afternoon with the boys guilt free. Hang out with Hayes, Noodles and the O-Dog as they talk Leafs, sports and pretty much everything that catches their attention.
Listen to 500+ topics