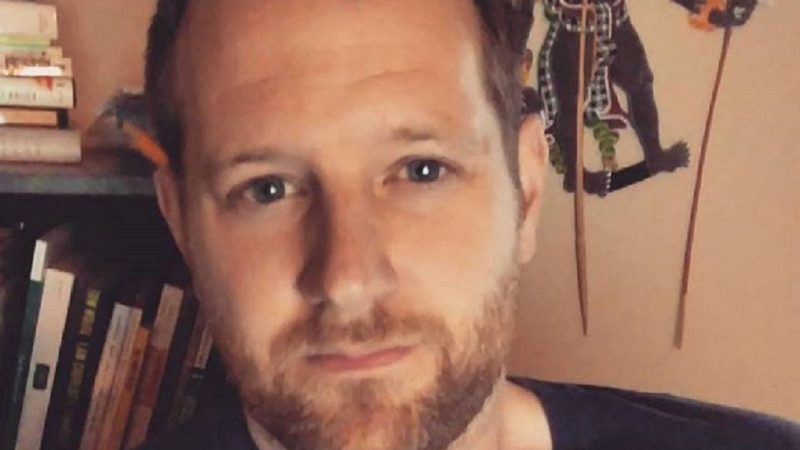 Born in 1981, Freddie deBoer is an English Ph.D., the author of The Cult of Smart: How Our Broken Education System Perpetuates Social Injustice, and the proprietor of one of the liveliest, most provocative, and most controversial publications at Substack.

He is also a third-generation Marxist who believes that individuals are innately different from one another (probably due to inherited differences in intelligence and physical capacity) and that many of his fellow Bernie Sanders-loving, progressive inhabitants of Brooklyn are hurting the poor when they insist that all K-12 students take college prep classes and have access to higher education. "Education is not a weapon against inequality; it is an engine of inequality," he writes, sounding like Dirty Jobs' Mike Rowe when it comes to promoting well-paying but low-status trade jobs. What deBoer calls "the cult of smart"—the valorization of test-taking and a belief that all of us are blank slates who can be remediated through the right sort of instruction and environment—not only marginalizes the poor and "untalented," it ultimately blames them for their own condition.

His take on legacy media is equally acid, as when he tells critics of Substack, the controversial newsletter platform that has given a financially rewarding home to him and other writers who either left or never gained purchase at traditional journalistic outlets, "You don't like the writing that gets sold on Substack, cool, write better shit and sell it to more people."

Nick Gillespie talks with deBoer about his critiques of education, the mainstream media, and the contemporary left. They also wrangle over deBoer's call for "revolution, not evolution" and an end to capitalism, what it means to "want to live outside of exchange," and the surprising overlap between Marxists and libertarians when it comes to a range of current policy issues.

3d ago3d ago
Subscribe
Unsubscribe
Weekly
Every Monday, the libertarian editors of the magazine of “Free Minds and Free Markets”—Matt Welch, Nick Gillespie, Katherine Mangu-Ward, and Peter Suderman—discuss and debate the week’s biggest stories and what fresh hell awaits us all.
A
Amicus With Dahlia Lithwick | Law, justice, and the courts

5d ago5d ago
Subscribe
Unsubscribe
Monthly+
A show about the law and the nine Supreme Court justices who interpret it for the rest of America.
Y
You're Wrong About

11d ago1w ago
Subscribe
Unsubscribe
Monthly+
Mike and Sarah are journalists obsessed with the past. Every week they reconsider a person or event that's been miscast in the public imagination.
T
The More Perfect Union

21m ago21m ago
Subscribe
Unsubscribe
Weekly
OPB Politics Now is a weekly podcast that takes a deep dive into the hottest political topics in Oregon and the Northwest. Every Friday, OPB’s political reporters and special guests offer in-depth analysis, discussion and insight into candidates, events and issues.
P
Payne's Politics

5d ago5d ago
Subscribe
Unsubscribe
Weekly
Sebastian Payne takes you into the corridors of power to unwrap, analyse and debate British politics with a regular lineup of expert Financial Times correspondents and informed commentators. New episodes available every Saturday morning.
T
To the Point

21d ago2w ago
Subscribe
Unsubscribe
Monthly+
A monthly reality-check on the issues Americans care about most. Host Warren Olney draws on his decades of experience to explore the people and issues shaping – and disrupting - our world. How did everything change so fast? Where are we headed? The conversations are informal, edgy and always informative. If Warren's asking, you want to know the answer.
I
Intercepted with Jeremy Scahill

1d ago1d ago
Subscribe
Unsubscribe
Monthly+
The people behind The Intercept’s fearless reporting and incisive commentary discuss the crucial issues of our time: national security, civil liberties, foreign policy, and criminal justice. Plus interviews with artists, thinkers, and newsmakers who challenge our preconceptions about the world we live in.
C
COMMONS

16h ago16h ago
Subscribe
Unsubscribe
Monthly+
COMMONS is a documentary podcast that proves Canada is anything but boring. Each season, host Arshy Mann guides you through the country’s dark underbelly, bringing you stories about crime, corruption and all manner of misdeeds. This season: stories about the dark side of Canada's real estate obsession.
F
Face the Nation on the Radio