Business Women Entrepreneur Coaching Small Deb Bailey Succession
By Deb Bailey. Discovered by Player FM and our community — copyright is owned by the publisher, not Player FM, and audio is streamed directly from their servers. Hit the Subscribe button to track updates in Player FM, or paste the feed URL into other podcast apps.


MP3•Episode home
By Deb Bailey. Discovered by Player FM and our community — copyright is owned by the publisher, not Player FM, and audio is streamed directly from their servers. Hit the Subscribe button to track updates in Player FM, or paste the feed URL into other podcast apps. 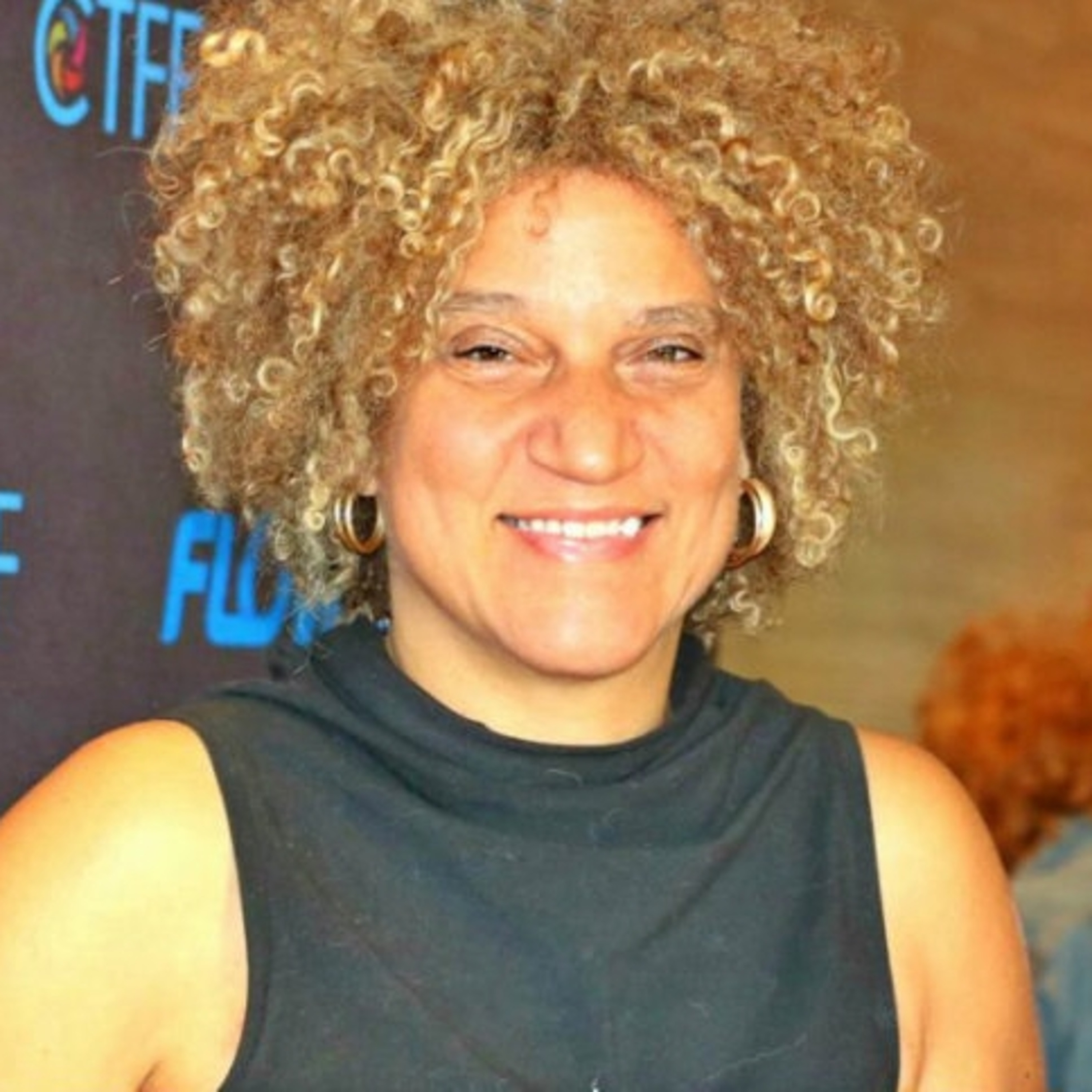 Frances shares: How she navigated the film industry as a woman of colour Her career path from the BBC to founding the CaribbeanTales Media Group Her advice to women entering the film industry Frances-Anne Solomon is an award-winning filmmaker, writer, producer, curator, and entrepreneur in film, TV, radio, theatre, and new media. Born in England of Trinidadian parents, she was raised and educated in the Caribbean and Canada before moving to Great Britain where she built a successful career with the BBC as a TV Drama Producer and Executive Producer. Productions included Love is the Devil by John Maybury, and Speak Like A Child by John Akomfrah, both of which she executive produced for the BBC. She also produced and directed films and television programs through her production company Leda Serene Films. She moved to Toronto in 2000, where she continued to create, write, direct, and produce her own projects. She is currently in production with the feature HERO – Inspired by the Life and Time of Ulric Cross. Her film A Winter Tale received many prestigious international awards, including at Fespaco 2009 (Africa’s Oscars held biannually in Burkina Faso West Africa) where it won in The Paul Robeson Award for Best Diaspora Film. Other directing credits include the feature film Peggy Su! (BBC Films, 1997); What My Mother Told Me (Channel 4 1995), Bideshi (British Film Institute 1994); and documentaries Literature Alive (Bravo!/OMNI, 2006), Reunion 2 (BBC,1993), and I Is A Long Memoried Woman (Arts Council of England 1991). She produced the multi-award winning feature Kingston Paradise, with director Mary Wells – the first feature film written and directed by a Jamaican woman. She was the Co-creator, Producer and Director of Lord Have Mercy! Canada’s hit Caribbean sitcom, that aired on Vision TV, Toronto/one, Showcase and APTN in 2003 and was nominated for two Gemini Awards: Best Comedy series, and Best Individual Performer (Leonie Forbes). She is the founder and CEO of the CaribbeanTales Media Group, based in Barbados and Toronto, a group of companies that creates, produces, markets, and sells Caribbean-themed film and television content for global audiences. It includes the CaribbeanTales Incubator Program, a development and production hub for original content; CaribbeanTalesFlix – the production arm; the CaribbeanTales International Film Festival, — now in its 13th year — that takes place in Toronto; CaribbeanTales-TV, an SVOD platform; and The CaribbeanTales Youth Film festival, a unique screening series that showcases Africentric films for high school and university audiences. Other initiatives include RED HOT, promoting new work by emerging creators of color; CineFAM – that supports bold film stories by Women Creators of Color, and #INTERSECT – film narratives by Queer and Trans Filmmakers of Color. In 2010, together with Caribbean cultural industries specialist Dr Keith Nurse, media personality and producer Lisa Wickham, businessman Dr. Terrence Farrell and filmmaker Mary Wells, she launched CaribbeanTales Worldwide Distribution, the first-of-its-kind film distribution company in the English speaking Caribbean, dedicated to the monetization of Caribbean diasporic content. She has lectured in Film at the University of the West Indies, and made presentations on her work at NYU and Duke University. She began her television career at Banyan Productions in Trinidad, studied Theatre at the University of Toronto with Steve Martineau and Ken Gass, and poetry with Jay MacPherson. She trained as a film director in the UK at Bristol University, and the prestigious BBC Drama Directors Program. https://francesannesolomon.com/ https://twitter.com/francesanne https://www.instagram.com/labelleshabine/

16h ago16h ago
Subscribe
Unsubscribe
Monthly+
Matrix Moments, by Matrix Partners India, is a podcast series dedicated to the founders, startups and all those within the ecosystem, through candid conversations on what we think it really takes to survive in this wild, wild startup world. In a world where we are endlessly engulfed with information in all its forms and sizes, this is our attempt to create, curate and bring to you the insights and reflections that we have had the luxury of having learned the hard way, through all the years s ...
O
Outsource Accelerator Podcast with Derek Gallimore

4m ago4m ago
Subscribe
Unsubscribe
Daily
A daily show for everyone who works a regular job and wants to start an income-earning project on the side. In each episode, listeners will hear a different story of someone who's started a side hustle—along with what went well, how that person overcame challenges, and what happened as a result. The show is written and hosted by Chris Guillebeau, the New York Times bestselling author of The $100 Startup, The Happiness of Pursuit, and other books.
T
The Relentless: Creating Experiences That Go Beyond Transactions

8d ago1w ago
Subscribe
Unsubscribe
Monthly
The Relentless is a podcast from Century21 Real Estate and Slate Studios that rethinks business, redefines success, and reimagines customer experiences. In Season 2, podcast host, author, and entrepreneur Kristen Meinzer talks to experts and thought leaders from a variety of industries about surprising ways businesses and entrepreneurs are redefining hospitality and delivering extraordinary experiences to customers. Be sure to check out Season 1 to hear host Dr. Julie Gurner and inspiring bu ...
T
The Self-Employed Life

20h ago20h ago
Subscribe
Unsubscribe
Weekly+
The Self-Employed Life Podcast (formerly Creative Warriors) provides business and personal development strategies for self-employed business owners that create sustainable success. A community of self-employed and small business owners, entrepreneurs, innovators and ambitious individuals that need creative solutions in business. Being self-employed and a business Warrior is a mindset, a spirit and a challenge. We need a different way of doing business. This is business with a soul. We discus ...
S
Super Agents Live- Selling Real Estate

2d ago2d ago
Subscribe
Unsubscribe
Monthly+
The #1 podcast for agents. We talk with Real Estate Agents who sell more than 50 Million dollars a year in volume and find out how they do it. We uncover their stories, secrets and tips & tricks. We bring on top producers, coaches and authors and do a deep dive
P
Play to Potential Podcast

21d ago3w ago
Subscribe
Unsubscribe
Weekly+
This Podcast is created and curated by Deepak Jayaraman (an Executive Coach and a Leadership Advisor). He lives in Mumbai and works with successful Senior Executives by helping them play to their unique potential but with a sharp focus on transitions (business or career). Just like businesses need to think about "where to play" and "how to win", leaders need to be coherent about "where to go" and "how to grow" in their journeys. Deepak works with them during pivotal moments to help them with ...
T
The Disruptive Entrepreneur

6m ago6m ago
Subscribe
Unsubscribe
Weekly+
Welcome to the Disruptive Entrepreneur Podcast . The one word that gets used to describe Rob over & over (apart from a ‘successful businessman’), is not what you’re thinking -it’s – ‘Disruptive.’ If you want a boring, comfortable, safe existence where you’re never challenged and you slowly rot away amid all the negativity, existing rather than truly living, then close Rob down! (There’s hundreds of other podcasts who will pump the same old spiel about entrepreneurship and property investment ...
Listen to 500+ topics