History Al Ridenour Arts Horror Stories Storytelling
By Al Ridenour. Discovered by Player FM and our community — copyright is owned by the publisher, not Player FM, and audio is streamed directly from their servers. Hit the Subscribe button to track updates in Player FM, or paste the feed URL into other podcast apps.


MP3•Episode home
By Al Ridenour. Discovered by Player FM and our community — copyright is owned by the publisher, not Player FM, and audio is streamed directly from their servers. Hit the Subscribe button to track updates in Player FM, or paste the feed URL into other podcast apps.

This time we look at the myths of British giants Gog and Magog, and a belief in biblical giants seemingly confirmed by giant bones dug from the earth.

We begin with a 1953 newsreel welcoming reconstructed figures of Gog and Magog back to the London Guildhall after the Nazi bombing of the city destroyed the originals. While Londoners may know the figures as those paraded in the Lord Mayor’s show each November, we also look at a more American perspective on Gog and Magog as figures representing nations allied with the Antichrist from the biblical book of Revelation.

Our next stop in the Bible is a verse from Genesis Chapter 6, speaking of “giants in the earth in those days,” (before the Flood). The word “giant,” we learn, was chosen to translate the Hebrew “Nephilim.” Our Genesis passage suggests the Nephilim are the offspring of angels mating with human women, and this notion is reinforced by apocryphal texts, such as the Book of Enoch, which dubs these fallen angels “Watchers.” We hear a snippet featuring kindly Watchers from Darren Aronofsky’s 2014 film, Noah, which whitewashes the traditional understandings of the Watchers.

The word, “Nephilim,” we learn, literally means “fallen ones,” (“fallen” as in divine beings tainted by human hybridization.) The suggestion that they are physically large comes from another Genesis story in which Moses sends spies to the land of Canaan in preparation for a Hebrew invasion and receives a report on “Nephilim” who in size compare to men as men do to grasshoppers. We also hear some amusing stories of the biblical King Og, whose 13-foot bed is mentioned in the book of Deuteronomy.

Next follows a quick survey of the bones of prehistoric animals mistaken for the bones of biblical Nephilim (or St. Christopher, who was also believed to be a giant from the land of Canaan). Bones of mastodons figures prominently as do the teeth of St. Christopher, though holy relics produces from beached whales and deceased hippopotami are also mentioned. We also learn of the patron saint of hares, St. Melangell (also somehow gifted with oversized bones) a dinosaur named after the human scrotum, and a prehistoric species of giant salamander mistaken for one of the Nephilim by 18th century naturalist Jakob Scheuchzeri, who figures into the early science fiction novel War of the Newts (represented with a snippet from a 2005 BBC radio drama). The hoaxed 12th-century discovery of a gigantic skeleton of King Arthur at Glastonbury is also discussed.

We learn that Arthur turns out to be connected to the Cornish folktale of that murderous scamp “Jack the Giant Killer.” Referring to an 18th-century text, we run through the grisly episodes of this story (including a long-forgotten one including a female follower of Lucifer). Not only does the original tale see Jack inducted to Arthur’s Round Table, but it seems the Cornish story is a retelling of a similar Arthurian story of the king slaying a giant on Mont Saint Michel in Normandy. A strangely mirrored version of this site, St. Michael’s Mount in Cornwall also was said to be home to a giant named Corineus, a figure that seems to be related to Cormoran, the first giant killed in “Jack the Giant Killer.”

Along the way, Wilkinson provides us some richly detailed passages regarding Arthur’s encounter with the giant of Normandy from the 15th-century telling in The Alliterative Morte Arthure.

On the border between Cornwall and Devon is a site known as “Giant’s Leap,” where another mythic Corineus was said to have killed a giant in the Geoffrey of Monmouth, pseudo-history of Britain, Regum Britanniae. Monmoth’s fable tells of Britain being founded by Brutus of Troy, sent to the island by the goddess Diana, who foretells his victory over the indigenous giants there. The last of these giants to die (as we hear dramatized in a reading from the text by Wilkinson) is hurled from the “Giant’s Leap” by one of Brutus’ soldiers — who happens to be named Corineus. That giant’s name in the text is Gogmagog.

The rest of our story, getting from these two names to the two figures represented at the London Guildhall and Lord Mayor’s Show is a bit complicated. It’s best listened to in the show, where you’ll also hear how the first offspring born on Britain were the product of exiled female criminals from Troy and incubi — another bit of the fable unfolded in Monmoth’s Regum Britanniae. 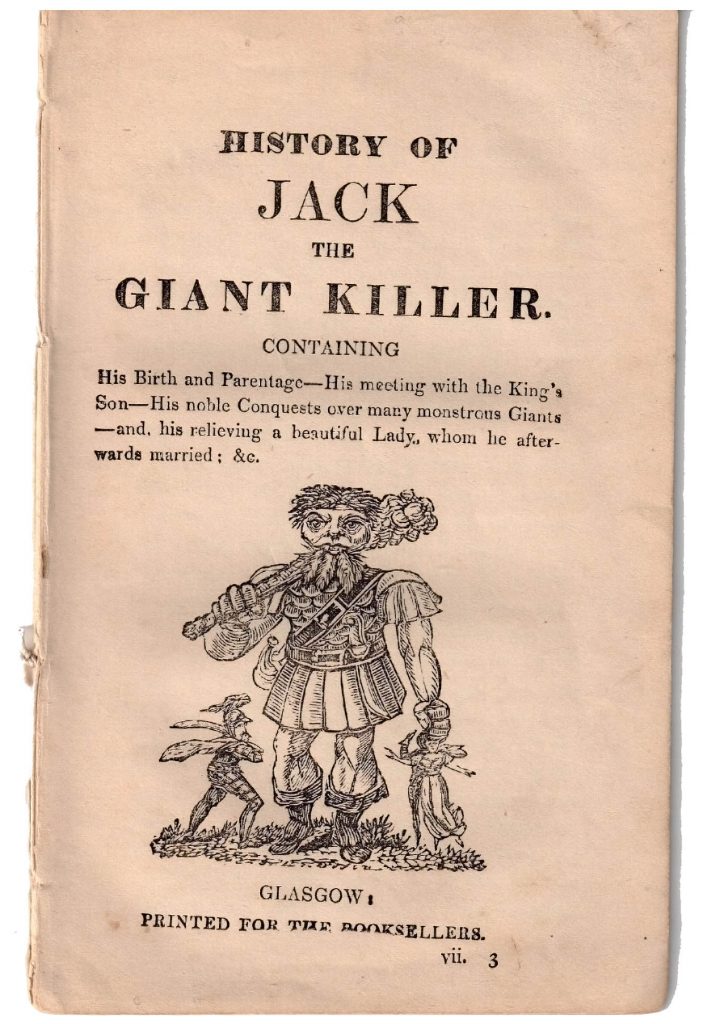 The post #28 Gog, Magog, and the Bones of Giants appeared first on Bone and Sickle.

Similar to Bone and Sickle

4d ago4d ago
Subscribe
Unsubscribe
Weekly+
The iFanboy.com Comic Book Podcast is a weekly talk show all about the best new current comic book releases. Lifelong friends, Conor Kilpatrick and Josh Flanagan talk about what they loved and (sometimes) hated in the current weekly books, from publishers like Marvel, DC, Image Comics, Dark Horse Comics, BOOM! Studios, IDW, Aftershock, Valiant, and more. The aim is to have a fun time, some laughs, but to also really understand what makes comic books work and what doesn’t, and trying to under ...
C
Comic Geek Speak Podcast - The Best Comic Book Podcast

6d ago6d ago
Subscribe
Unsubscribe
Weekly
Comic Geek Speak is the best podcast about comic books for fans and new readers alike. Put together by a group of life-long comic geeks, it's 4-5 hours a week of comic book history, current comic news, and a general look at the industry. In addition to all the latest in comics talk, the show also features creator interviews, listener responses, contests, and trivia, lots of trivia. So listen in and experience all the joys of a Wednesday afternoon at the comic shop, from the comfort of your o ...
S
Small Town Horror

3y ago3y ago
Subscribe
Unsubscribe
Monthly
Ryan Jennings ran from the horrors of Crayton 18 years ago. Now is is coming back to face his greatest fears and search for answers. See acast.com/privacy for privacy and opt-out information.
M
Marvel's Wolverine

2+ y ago2+ y ago
Subscribe
Unsubscribe
Monthly
Marvel’s “Wolverine: The Lost Trail” is an epic quest that takes place in the Louisiana bayou. Following the events of Marvel’s “Wolverine: The Long Night,” Logan (Richard Armitage) returns to New Orleans in search of redemption, only to discover that his ex-lover, Maureen is nowhere to be found. And she's not the only one. Dozens of humans and mutants have gone missing, including the mother of a teenage boy, Marcus Baptiste. With Weapon X in close pursuit, Logan and Marcus must team up and ...
H
Helping Writers Become Authors

10d ago1w ago
Subscribe
Unsubscribe
Monthly+
Helping Writers Become Authors provides writers help in summoning inspiration, crafting solid characters, outlining and structuring novels, and polishing prose. Learn how to write a book and edit it into a story agents will buy and readers will love. (Music intro by Kevin MacLeod.)
B
Beneath

12y ago12y ago
Subscribe
Unsubscribe
Monthly
Three thousand years after a chunk of iron the size of Khufu’s pyramid collides with Europa, Jupiter’s sixth moon, an asteroid borne of the collision crashes into Earth’s Arctic ice shelf carrying extraterrestrial microbial life. The first man to come into contact with the microbes hears voices—and then dies. After determining the meteorite originated from Europa, the Global Exploratory Corporation sends oceanographer and biologist, Kathy Connelly, and her crew to the moon aboard the Surveyo ...
M
Making It With Jimmy Diresta, Bob Clagett and David Picciuto (EXPIRED)

6d ago6d ago
Subscribe
Unsubscribe
Weekly
Scheer Intelligence features thoughtful and provocative conversations with "American Originals" -- people who, through a lifetime of engagement with political issues, offer unique and often surprising perspectives on the day's most important issues.
S
Stranglers

7M ago28w ago
Subscribe
Unsubscribe
Monthly
From June, 1962 through January, 1964, women in the city of Boston lived in fear of the infamous Strangler. Over those 19 months, he committed 13 known murders-crimes that included vicious sexual assaults and bizarre stagings of the victims' bodies. After the largest police investigation in Massachusetts history, handyman Albert DeSalvo confessed and went to prison. Despite DeSalvo's full confession and imprisonment, authorities would never put him on trial for the actual murders. And more t ...
A
ABC RN Arts

seconds ago30s ago
Subscribe
Unsubscribe
Daily
Each week day RN Arts programs zoom in on a specific area of art and culture, brought to you by a specialist presenter. Subscribe to their podcasts separately by searching by name in your podcasting app.
Listen to 500+ topics