MP3•Episode home
By The Richie Allen Show. Discovered by Player FM and our community — copyright is owned by the publisher, not Player FM, and audio is streamed directly from their servers. Hit the Subscribe button to track updates in Player FM, or paste the feed URL into other podcast apps. 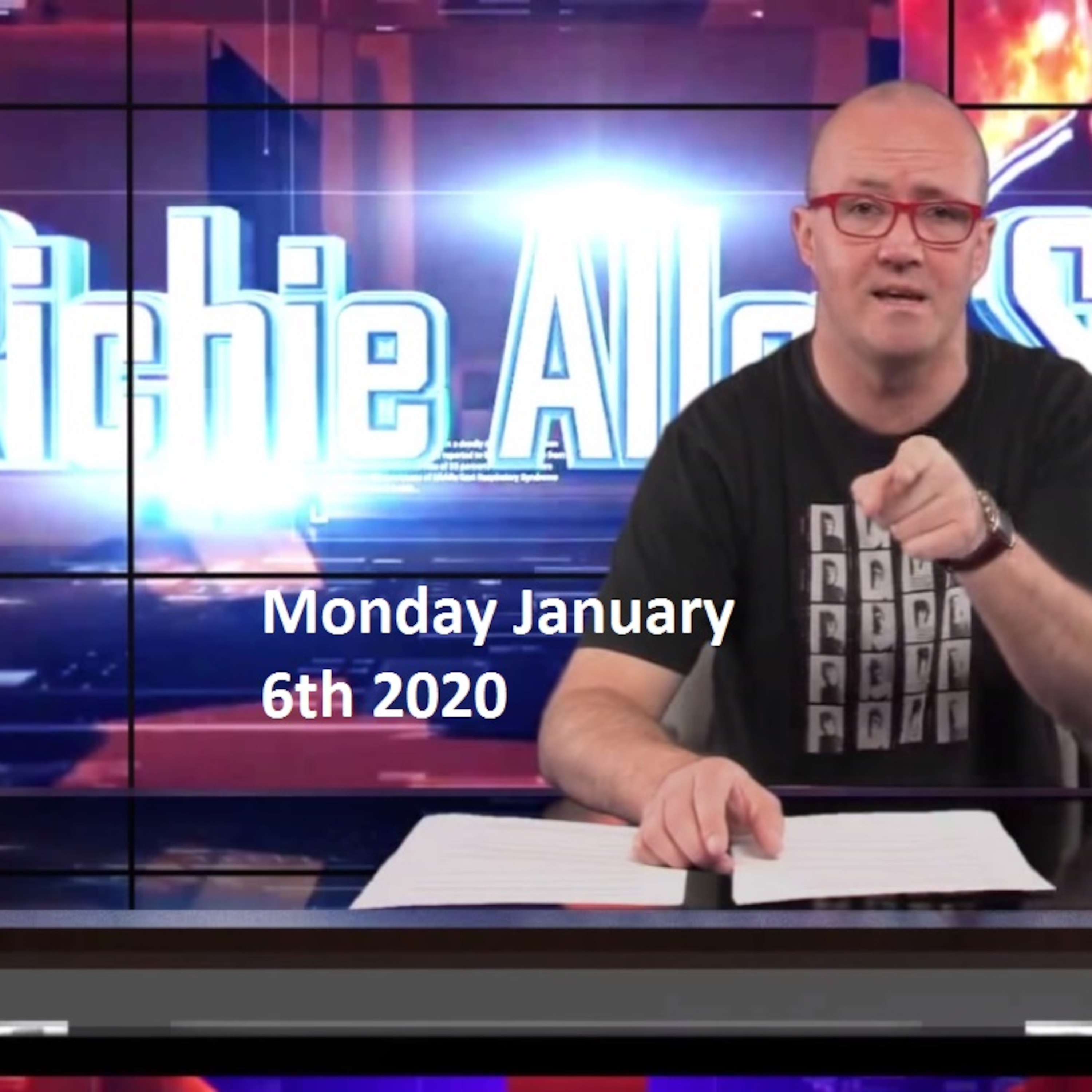 Richie was joined by Paul Craig Roberts and Jason Bermas. Huge crowds have packed the streets of the Iranian capital Tehran for the funeral of military commander Qasem Soleimani. Soleimani was assassinated in a US drone strike in Iraq on Friday on the orders of President Donald Trump. Iran has vowed "severe revenge" for the death of Soleimani and on Sunday pulled back from the 2015 nuclear accord. To discuss the implications of the assassination, Richie is joined by former US Assistant Secretary Of The Treasury, Paul Craig Roberts. www.paulcraigroberts.org Forensic pathologist Dr. Michael Baden said today, that graphic images showing injuries to Jeffrey Epstein’s neck reaffirm his belief that the “findings are more indicative of homicide” than a suicide. “I think there's a lot of information that still hasn't been revealed yet that is essential in order to arrive at a conclusion, whether this is a suicide or homicide,” Baden, the pathologist hired by Epstein's brother to investigate his death, said on Monday. The photos, which include images of nooses Epstein is said to have made out of bed sheets at the Metropolitan Correctional Center in Manhattan over the summer, were first published by CBS News. Richie is joined by Jason Bermas, who has been following the case closely. Jason has produced a number of outstanding films including Invisible Empire, Fabled Enemies and the ground-breaking and life-changing Loose Change. Follow Jason on YouTube at www.youtube.com/infowarrior

Start listening to #The Richie Allen Show on your phone right now with Player FM's free mobile app, the best podcasting experience on both iPhone and Android. Your subscriptions will sync with your account on this website too. Podcast smart and easy with the app that refuses to compromise.

Similar to The Richie Allen Show

3d ago3d ago
Subscribe
Unsubscribe
Weekly
Each week here at Foreign Policy, we interview one person for an intimate, narrative-driven conversation about something timely and important in the world. Our guests are people who have participated directly in events, either as protagonists or eyewitnesses. We get them to tell a story about their experience, not just offer their analysis. That approach is driven by the feeling here at Foreign Policy that to understand our world—to grasp the complexities and nuances of our time—we need to g ...
S
SLUG Mag Soundwaves

16h ago16h ago
Subscribe
Unsubscribe
Weekly
Political talk without the boring parts, featuring the writers, activists and artists who shape the week in news. Hosted by Jon Wiener and presented by The Nation Magazine.
M
My History Can Beat Up Your Politics

5d ago5d ago
Subscribe
Unsubscribe
Monthly+
Since 2006, bringing historical context to the politics of today. TV pundits discuss politics in a vacuum. Cable news tells you everything is 'breaking news' but in most cases, events have long roots in history. In this podcast, we smash and bash the politics of today with a healthy dose of history
Listen to 500+ topics