MP3•Episode home
By Rob Cesternino & Josh Wigler, TV Recapper, Rob Cesternino, Josh Wigler, and TV Recapper. Discovered by Player FM and our community — copyright is owned by the publisher, not Player FM, and audio is streamed directly from their servers. Hit the Subscribe button to track updates in Player FM, or paste the feed URL into other podcast apps. 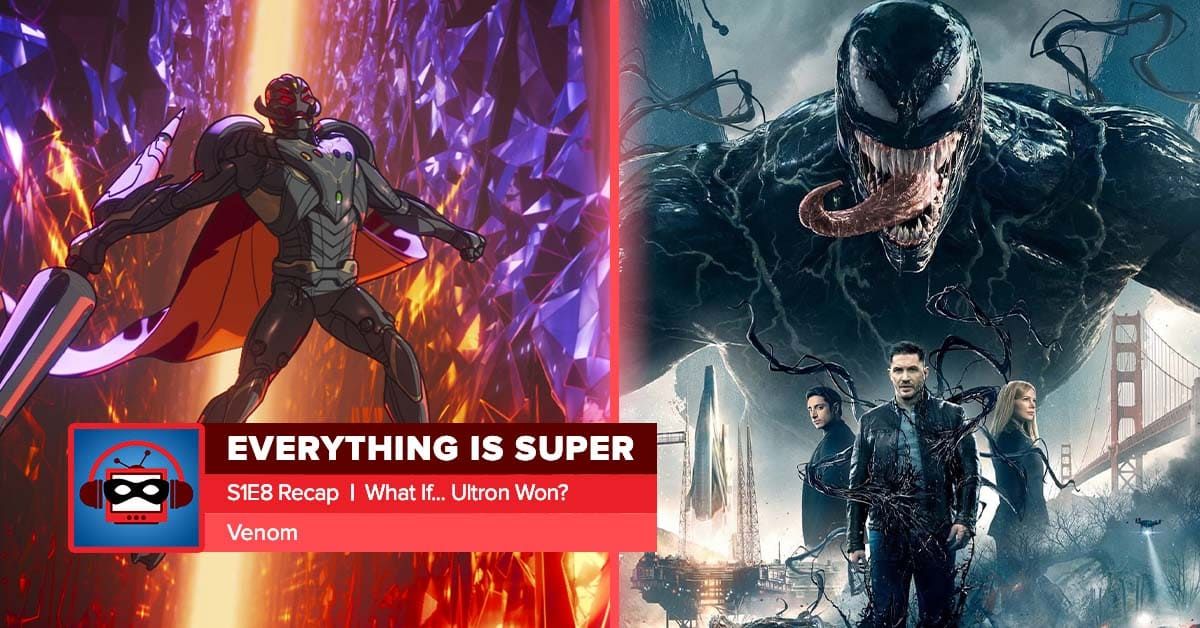 Venom + Marvel’s What If? Episode 8 Recap: “What If… Ultron Won?” | Everything is Super

The world outside your window isn’t great, but WHAT IF everything was super?

Josh Wigler (@roundhoward) and Kevin Mahadeo (@kevmahadeo) are talking about Marvel’s What If…?, the very first animated Marvel Cinematic Universe series, coming out weekly on Wednesdays on Disney+.

Set through the lens of Uatu the Watcher, Marvel’s What If…? looks at various elements of the MCU, and posits different ways in which they could play out, leading to new permutations of characters such as Captain Carter and T’Challa as Star-Lord.

This week, Josh and Kevin talk through the latest “What If,” and Ultron’s takeover of the multiverse! Uatu goes full Dragon Ball Z! The crossover is real! How does this set up next week’s finale? Josh and Kevin talk about all of that, and more. Plus: VENOM! The sequel has just landed, but before that, Josh and Kevin need to look back on the first Tom Hardy movie.

Next week, Josh and Kevin will talk about the “What If” finale, as well as “Venom: Let There Be Carnage.” Get your feedback into super@postshowrecaps.com.

About the Podcast
Everything is Super is the destination for all things superheroic and otherwise comic book related here on Post Show Recaps. Hosted by Josh Wigler and Kevin Mahadeo, and featuring occasional special guest stars (such as “Falcon and the Winter Soldier” co-anchors LaTonya Starks and Mike Bloom), Everything is Super aims to dive deep into the superhero film and television space week in and week out. Topics covered include the Marvel Cinematic Universe, Sony’s Spider-Man films, DC Comics, with much more still to come.

For feedback, reach us at super@postshowrecaps.com.

For even more conversation, join the Post Show Recaps Patreon program at the Discord level, where you can talk to the hosts directly: postshowrecaps.com/patreon.

The post Venom + Marvel’s What If? Episode 8 Recap: “What If… Ultron Won?” | Everything is Super appeared first on PostShowRecaps.com.

8m ago8m ago
Subscribe
Unsubscribe
Weekly+
Bald Move Pulp is where you can get your fix of robots, aliens, action space adventures, and everything in between; on television or on the big screen. Pulp was not made for serious drama, if that’s your thing, you might be looking for Bald Move Prestige.
G
Game of Thrones The Podcast

16m ago16m ago
Subscribe
Unsubscribe
Monthly
Join movie fans Michael DiGiovanni and Andrew Bloom as they set out to determine if all these so called classic films are indeed just that.
S
Soundtracking with Edith Bowman

6d ago6d ago
Subscribe
Unsubscribe
Weekly
In a unique weekly podcast, Edith Bowman sits down with a variety of film directors, actors, producers and composers to talk about the music that inspired them and how they use music in their films, from their current release to key moments in their career. The music chosen by our guests is woven into the interview and used alongside clips from their films. https://twitter.com/soundtrackinguk https://www.facebook.com/Soundtrackingwithedithbowman/ https://play.spotify.com/user/soundtrackingwi ...
M
Marvel's Wolverine

2+ y ago2+ y ago
Subscribe
Unsubscribe
Monthly
Marvel’s “Wolverine: The Lost Trail” is an epic quest that takes place in the Louisiana bayou. Following the events of Marvel’s “Wolverine: The Long Night,” Logan (Richard Armitage) returns to New Orleans in search of redemption, only to discover that his ex-lover, Maureen is nowhere to be found. And she's not the only one. Dozens of humans and mutants have gone missing, including the mother of a teenage boy, Marcus Baptiste. With Weapon X in close pursuit, Logan and Marcus must team up and ...
S
Slate's Spoiler Specials

25d ago3w ago
Subscribe
Unsubscribe
Weekly
The Talking Dead is a fan podcast dedicated to the AMC TV series The Walking Dead. Tune in for news, rumours, reviews, and more!
Listen to 500+ topics