Books Arts Cinema Jason White Michael Schutz Jason Michael
By Jason White and Michael Schutz. Discovered by Player FM and our community — copyright is owned by the publisher, not Player FM, and audio is streamed directly from their servers. Hit the Subscribe button to track updates in Player FM, or paste the feed URL into other podcast apps.


MP3•Episode home
By Jason White and Michael Schutz. Discovered by Player FM and our community — copyright is owned by the publisher, not Player FM, and audio is streamed directly from their servers. Hit the Subscribe button to track updates in Player FM, or paste the feed URL into other podcast apps. 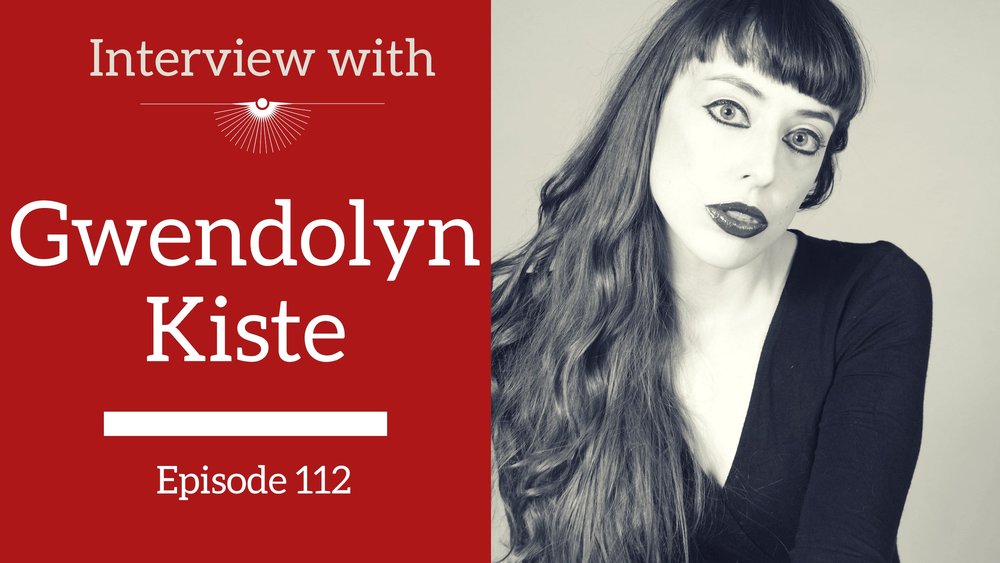 This episode, Jason and Michael talk with Gwendolyn Kiste and delve into her work. They discuss The Rust Maidens along with the stories in And Her Smile Will Untether The Universe. They also discuss her independent filmmaking career, writing about relationships, and how to nail down enough ambiguity without losing the reader.

Then Jason and Michael discuss the 2017 French movie, Raw.

Thanks for listening, everyone! If you enjoyed the episode, please consider leaving a review on iTunes or Stitcher.

1. I was reading an interview with you in Black Static where you discussed your childhood. You mentioned locking yourself away and reading books on weekends and over the summer break. I can certainly relate! What were those books you read back then, and which ones made you want to become a writer?

2. You also mentioned that you were an independent filmmaker earlier on? What movies?

3. Is this a career path you’re still pursuing at all?

4. Are there any movies you’d say influenced your writing?

5. You write beautifully about friendships in your fiction, so I’m guessing that you must have had some close friends growing up?

6. A lot of your stories have a strong sense of loss and longing. Without my being too nosy, I was wondering why these themes attract you?

7. Your Fiction is a little difficult to classify. I hesitate at calling it weird fiction because there’s certainly horror in there. If you were to classify your fiction, what would it be?

8. Were you surprised when the HWA nominated your collection, AND HER SMILE WILL UNTETHER THE UNIVERSE, for a Stoker?

9. The Clawfoot Requiem, which is in Untether the Universe, has one of the strongest openings I’ve ever read. How did you come to write that one?

10. The Man in the Ambry reminded me of older, classical ghost stories, though we never really know what exactly is going on. That kind of ambiguity gets me excited. It’s immersive for the reader, involving them. Some readers want things explained for them, though. Considering a lot of the fiction of yours I’ve read hold that mystery or ambiguity, I was wondering if you get any negative feedback for it?

11. Ambiguity is tough to get right. I think that you handle it perfectly because it feels like the answers are all there, and the more you think about it, the more unsettling it feels. When writing, how do you figure out what information to let the reader in on and what to let them try and figure out for themselves to achieve this?

12. How many drafts do you typically go through before you feel a story is complete?

13. All the stories in Untether the Universe that I’ve read (I’m only at the halfway mark at this time) have a very original feel to them. How do you keep each story fresh?

14. Although you grew up in a small town in Ohio, your debut novel, The Rust Maidens, is about a young woman who grew up in the decaying industrial part of Cleveland. Part of the rust belt. Was Cleveland close to where you grew up? And are there any similarities between your own childhood and that of Phoebe Shaw’s?

15. There’s so much truth-telling in Rust Maidens. So much symbolism. I truly think that it would do well being taught in high schools not just because of the symbolism, but also the historical aspects of unions and industrial battles we saw taking place in the late 1970s and early 1980s. What was the research like?

16. Did you set out to write a book with these deep, sociological themes?

17. There’s also some really good scary scenes. Like where our hero is stuck in a mansion. Very creepy! How do you approach creating scenes that scare the reader?

18. I mentioned Black Static earlier. With them, you published the short story Songs To Help You Cope When Your Mom Won't Stop Haunting You And Your Friends, which is related to Rust Maidens. Which story came first?

19. I love the song choices you list in that story. Do you listen to music while writing?

20. You’ve also have a novella you released with Broken Eye Books in 2017. It’s called Pretty Marys All in a Row. I have not read this one yet but plan to ASAP. Can you tell us what it’s about?

22. I think that horror and science fiction is where women writers are most often forgotten or dismissed as serious writers. Why is it this way in your opinion?

23. What do you think we can do to help educate readers that there are women who not only write horror, but write it well?

24. What advice would you give young women writers just starting out?

25. Where can readers find you online?

Justine is a first-year veterinary student. Her elder sister is studying the same course at the university. Justine was raised a strict vegetarian but, as part of the hazing rituals, is forced to eat meat. Initially this has adverse effects but she soon develops a craving for meat...particularly human flesh.

6d ago6d ago
Subscribe
Unsubscribe
Weekly
The unseen creature whose ravenous fangs dog your every step as your footfalls echo down the midnight alleyway. — A long, icy shadow looming over you, making the hairs on your neck rise and your breath turn to ragged puffs of mist. — Unearthly howls that pierce the night, pulling you from the comfort of sleep with feverish, heart-pounding dread. — Welcome to Tales to Terrify, a weekly horror fiction podcast that gets under your skin, lays eggs and hatches writhing baby horrors nursed on your ...
I
I Sell Comics

2+ y ago2+ y ago
Subscribe
Unsubscribe
Monthly
Ryan Jennings ran from the horrors of Crayton 18 years ago. Now is is coming back to face his greatest fears and search for answers.
T
The Sword and Laser

6d ago6d ago
Subscribe
Unsubscribe
Monthly+
Read along with the Sword and Laser book club! From classic science fiction to the latest gritty fantasy, we cover it. Subscribe for book discussions, author interviews, hot releases, and news from the genre fiction world!
T
The Guardian Books podcast

1M ago4w ago
Subscribe
Unsubscribe
Monthly+
The Guardian Books podcast is our weekly look at the world of books, presented by Claire Armitstead, Richard Lea and Sian Cain. In-depth interviews with authors from all over the world, discussions and investigations make this the perfect companion for readers and writers alike
M
Merriam-Webster's Word of the Day

6d ago6d ago
Subscribe
Unsubscribe
Weekly+
"I should be writing" is what people say, but they rarely do it. This podcast is designed to help you get past those blocks, whether it's what your teacher told you when you were a kid, to being totally sure you'll never be as good as (FAV AUTHOR) so you might as well quit.
i
iFanboy - Comic Books

4d ago4d ago
Subscribe
Unsubscribe
Weekly+
The iFanboy.com Comic Book Podcast is a weekly talk show all about the best new current comic book releases. Lifelong friends, Conor Kilpatrick and Josh Flanagan talk about what they loved and (sometimes) hated in the current weekly books, from publishers like Marvel, DC, Image Comics, Dark Horse Comics, BOOM! Studios, IDW, Aftershock, Valiant, and more. The aim is to have a fun time, some laughs, but to also really understand what makes comic books work and what doesn’t, and trying to under ...
A
ABC RN Arts

14h ago14h ago
Subscribe
Unsubscribe
Daily
Each week day RN Arts programs zoom in on a specific area of art and culture, brought to you by a specialist presenter. Subscribe to their podcasts separately by searching by name in your podcasting app.
Listen to 500+ topics